One house of French parliament has voted by an overwhelming margin to continue airstrikes against the terrorist group "Islamic State." "France is at war with terrorism...not Muslims," the French PM told lawmakers. 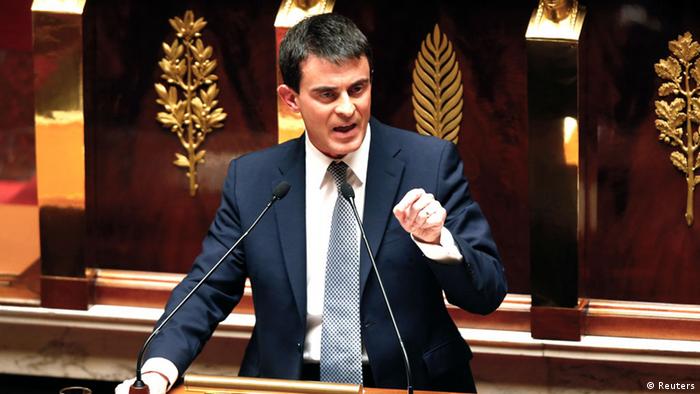 By a rather clear-cut margin of 488 ballots to 1, with 13 abstentions, France's lower house of parliament on Tuesday voted to extend French airstrikes against the self-styled "Islamic State" (IS) in Iraq for another four months. The single dissenting voter - Jean-Pierre Gorges of the center-right UMP party - argued that the situation on the ground was improving and warned that continued bombing could inspire more extremist violence. His voice was drowned out, however, by other vigorous defenders of the campaign.

The vote comes after France's worst terror attack in decades, when two men opened fire in the offices of Parisian satire magazine Charlie Hebdo, killing 12. The murders at the magazine were followed by the killing of a policewoman and the deaths of four hostages in a Jewish supermarket at the hands of their associate. All three men claim allegiance to IS.

France was quick to join the United States in conducting airstrikes against IS last year, but French law requires reapproval of such operations every four months.

One of the killers in last week's violence cited France's military campaign in Iraq as motivation for his acts.