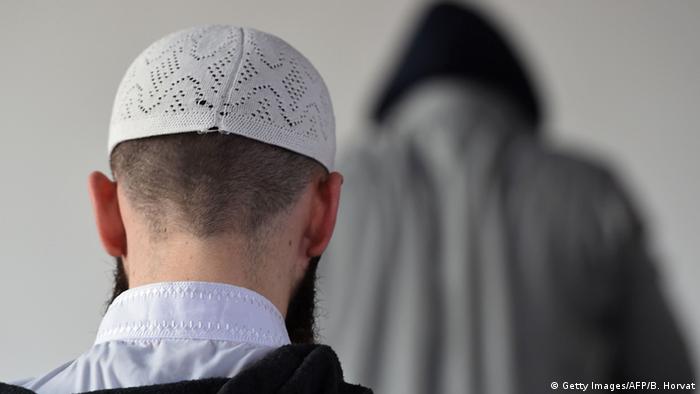 French President Emmanuel Macron announced on Tuesday that he would restrict other countries from sending imams and Islamic teachers to France in what he said is an attempt to prevent "separatism."

Macron said he would gradually put a stop to the practice in which foreign countries, including Algeria, Morocco and Turkey, deploy imams to France to preach in mosques.

"This end to the consular Islam system is extremely important to curb foreign influence and make sure everybody respects the laws of the republic," Macron said in a news conference during his visit to the eastern city of Mulhouse.

Macron said that his administration had asked the French Muslim Council (CFCM), the body representing Islam in France, to instead focus on training imams on French territory and ensuring they can speak French and not spread radical Islamist views.

According to Macron, 300 imams are sent to France each year. Those who come in 2020 would be the last intake, he said.

"The problem is when in the name of a religion, some want to separate themselves from the Republic and therefore not respect its laws,'' Macron said.

France currently has agreements with nine countries whereby their governments can send teachers to French schools to teach students originally from these countries on culture and language, without any supervision from French authorities.

Macron said France instead will establish bilateral agreements with other countries to allow French authorities to have control over the courses and their content starting in September.

He added that a new law is being drafted to allow for transparency in how mosques are financed.

"Mosques financed with transparency with imams trained in France and respectful of the Republican values and principles, that's how we will create the conditions so that Muslims in France can freely practice their religion,'' Macron said.

The only country with which France didn't reach an agreement on the new measures was Turkey.

"Turkey today can make the choice to follow that path with us or not, but I won't let any foreign country feed a cultural, religious or identity-related separatism on our Republic's ground,'' Macron said.  "We cannot have Turkey's laws on France's ground,'' he added.

The French leader had so far managed to steer far from issues related to the country's Muslim community, focusing large parts of his presidency on economic reforms.

Macron also said on Tuesday that he would end the practice of French students being taught by teachers paid by foreign governments.

The case of a 15-year-old Muslim schoolgirl in the French Ardennes, sent home twice for wearing a long black skirt deemed to violate secular rules on school clothing, has prompted debate on the rules in French schools. (29.04.2015)