France scraps carbon tax plan as Sarkozy comes under pressure | Europe| News and current affairs from around the continent | DW | 24.03.2010

French President Nicolas Sarkozy has abolished plans for a tax on carbon emissions as part of his reform agenda, while he grapples with social unrest and a crushing election defeat. 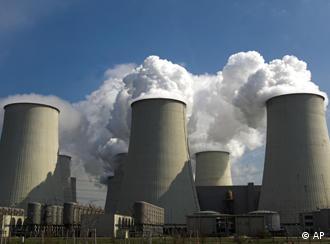 It was hailed as a major weapon in the fight against climate change, but France's plan for a domestic tax on carbon emissions has been shelved.

The government had to backtrack on the idea after France's highest court struck down the bill, insisting it had too many loopholes for industrial polluters.

But the government - still smarting from a massive defeat in regional elections on Sunday- appears to be more worried about the impact of a carbon tax on the French economy.

"In that spirit, I would like to indicate the decisions we are going to take regarding sustainable development have to be better coordinated with all European countries, so as not to widen our gap in competitiveness with our neighbor Germany," Prime Minister Francois Fillon told the French parliament on Wednesday.

Had the bill been signed into law, France would have been the only country in Europe with a tax on carbon emissions, which would have put French businesses at a disadvantage.

Fillon added that France would push for an EU-wide scheme to harmonize environmental taxes in the bloc.

"We are relieved for industry as a whole, which would not have been able to bear this new handicap to competitiveness," Laurence Parisot, the head of Medef told Reuters.

The carbon tax is just one of many government policies French voters are unhappy about. President Nicolas Sarkozy's government is under pressure after the ruling party, the UMP, lost all but one region to the Socialist alliance in elections last Sunday.

On Tuesday, hundreds of thousands of protesters took to the streets of Paris, Marseille, Bordeaux and other French cities, to vent their anger at Sarkozy's reform policies.

Voters are particularly worried about job cuts and proposed changes to the state pension.

French President Nicolas Sarkozy has made only minor cabinet changes after his center-right bloc suffered heavy defeats in regional elections. The appointments may help him garner support within his party. (23.03.2010)

French ministers scrambled on Wednesday to rescue a carbon tax aimed at cutting energy consumption, which was struck down by the Constitutional Court just 48 hours before it was due to come into force. (30.12.2009)

The French government says its revised bill to be presented to parliament in spring will be fairer and will not unduly burden ordinary consumers. (22.01.2010)