France records rise in violent crime and racist attacks | Europe | News and current affairs from around the continent | DW | 31.05.2010

Statistics released Monday show both violent crime and racism are on the rise in France compared to last year. 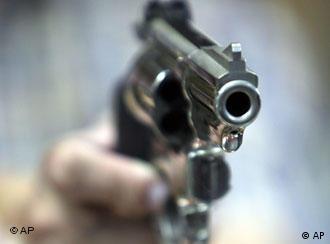 On Monday, drivers along a highway near Marseilles witnessed a crime that seemed to come from the script of a blockbuster action film. Four men dressed like commandos opened fire with automatic weapons on an armored truck which contained tens of thousands of euros in cash.

The truck caught fire, and the attackers attempted to gather bills scattered on the road before shooting at police and innocent bystanders and making their escape.

Somehow, no-one was killed, but both witnesses and police were shocked at the complete lack of restraint shown by the armed robbers.

A few years ago, violent robberies of this nature were rare. However, jewellers and post offices are being regularly attacked with explosives, firearms, or stolen vehicles used as battering rams. What is even more alarming is that many of these extreme acts of violence are carried out against people on the street with little or no motive. 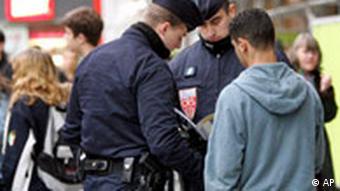 The rise in violence is destabilizing even for police officers

According to figures published on Monday, France recorded a six percent increase in such violent crime in 2009.

"We've seen an explosion in violence for even the tiniest of motives," said Benoit Ebel of the Synergie police officers union. "Some individuals, if you don't give them a cigarette when they ask you for one, will just stab you. It's quite destabilizing, even for police officers like us."

One such incident took place just this past Sunday in a crowded Paris street market. A man stole fruit from a stall and was chased by a vendor. The man then drew a gun and according to an eye-witness, shot the vendor in the leg. 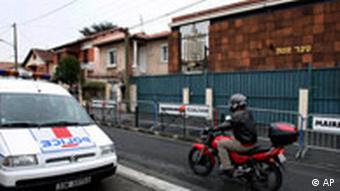 Anti-Semitic violence is also on the rise in France

Six mosques were attacked, which was two more than in 2008.

According to statistics, anti-Semitic violence had also risen from 459 reported acts or threats of violence to 815. Thirty attacks were also made against French synagogues in 2009.

The German government released its crime statistics for 2009 in Berlin on Tuesday, outlining a drop in juvenile delinquency as well as overall criminal acts and an increase in conviction rates. (18.05.2010)

They're known in Italy as "ronde" or vigilante groups patrolling major cities. Those who volunteer for them say they help deter street crime. But critics say they're a platform for politically motivated bullies. (08.07.2009)