Eastern European mafia is well-connected in the West, says leading expert | World | Breaking news and perspectives from around the globe | DW | 17.03.2010

It's no secret that Eastern European crime syndicates operate throughout the West. Deutsche Welle asked one of Germany's leading mafia experts, Juergen Roth, how big the problem is and what, if anything, can be done. 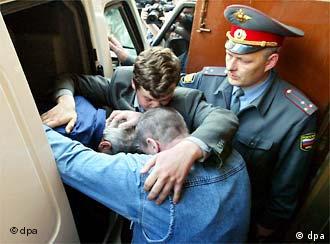 The presence of the Eastern mob throughout Western Europe was highlighted earlier this week when police in Spain, Germany, Austria, Switzerland, Italy and France arrested at least 69 people thought to be members of a Georgian crime ring. Seventeen of the suspects were detained in Germany.

Initial media reports said those arrested were part of the Russian mob. For more on the arrests and the topic of Eastern European crime in general, Deutsche Welle turned to Juergen Roth, an investigative journalist, who has published nine books on mafia criminality and is a leading, if unusually blunt, expert on the Eastern European mob.

"The 'Russian mafia' is a very imprecise term," he says. "What is usually meant are three large criminal organizations based in Moscow and St. Petersburg. The people taken into custody on Monday were part of a Georgia group specializing in small-scale breaking and enterings. But their activities had taken on new dimensions, and they were earning around a million euros ($1.4 million) a week, then funnelling the money through Switzerland."

The three main Russian crime syndicates, Roth says, are the Tambov gang from St. Petersburg and Izmaylovskaya gang and Solntsevskaya Brotherhood from Moscow. Their activities focus on protection money, blackmail and the drugs trade, but also on oil and natural gas and other natural resources.

So does that mean that mafia organizations are directly linked to huge Russian energy concerns like Gazprom?

"No, there are no direct connections between the firms and the criminal groups," Roth said. "The business runs via intermediate companies. But of course, Gazprom knows who it is ultimately dealing with."

And many of the intermediaries, Roth adds, are well connected to the FSB, the Russian successor to the former Soviet secret police, or KGB. 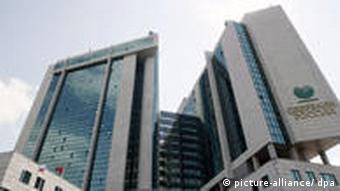 Any mention of the KGB and one automatically thinks of Russian Prime Minister Vladimir Putin, who rose up through the ranks of the secret police in his early career to become the most powerful man in Russia. Rumors have long swirled that the leaders of organized crime in Russia enjoy good relations with leaders in the Kremlin.

"The Kremlin wants to control the mob," Roth says. "And that means the political leadership also cooperates with criminal organizations in a variety of ways."

And the same may be true of Russia's circle of mega-rich oligarchs. Russian aluminium tycoon Oleg Deripaska and banking magnate Vitaly Malkin, for example, have been investigated by foreign governments for potential involvement in international crime. Both men deny all allegations.

There's no way of saying exactly how much damage organized crime from Eastern Europe inflicts on the West, Roth asserts, but the total is certainly in the billions. What's more, the journalist says, syndicates are pouring money into legitimate Western firms and acquiring massive influence on Western economies.

"Money is being laundered in the West and then invested in Western companies, for example, in telecommunications firms and airlines," Roth says. "And with such widespread investment in a vast number of areas, the principle of free market competition is being undermined."

It's not just Russians who are accruing such influence, Roth points out, but oligarchs and organizations from places like Uzbekistan and Tajikistan as well. And Eastern European syndicates are capable of bringing pressure not just on Eastern, but Western politicians. 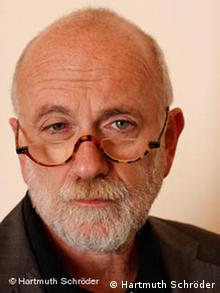 The "gangster economy" is what Roth calls it - that's the title of his latest book, set to be published in April. And he says there's not much Western law-enforcement authorities can do to combat it.

"The main problem is that it's difficult for investigators to distinguish between legal and illegal activites," Roth told Deutsche Welle.

He also says that, given how dependent Western European countries are on Eastern European energy, Western politicians are reluctant to pressure their Eastern counterparts to fight organized crime.

Roth is a controversial and polemical journalist who has been sued a number of times, including once by former German Chancellor Gerhard Schroeder, who was much criticized for taking a job at Gazprom shortly after leaving office.

Schroeder succeeded in getting a passage from one of Roth's books expunged, but the work remained on bookstore shelves. And Roth is sticking to his guns. 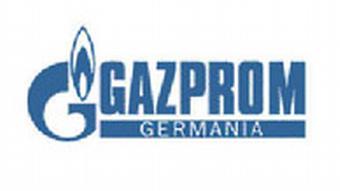 Politicians may be reluctant to take on energy giants like Gazprom

"Schroeder set an unfortunate precedent," he says. "Western governments are subject to pressure because of their dependency on raw materials so, for reasons of realpolitik, politicians perhaps have to compromise. But they shouldn't let themselves be made into figureheads."

And the fundamental conflict, he adds, has not disappeared in the post-Schroeder era.

"The question is which ethical standards are we going to promote while we are still dealing with places like Uzbekistan and Tajikistan," he says. "But there's no real alternative, so politicians aren't going to tackle the problem."

Thus, while Monday's arrests made the headlines as a major blow in the fight against the mob, it may well be that law enforcers were only addressing a very small tip of a very large iceberg.

A 'major' operation against the Georgian mafia netted European police at least 69 suspects, with arrests made in six European countries. (15.03.2010)

Italian authorities achieve a coup with the arrests of two out of three of the Sicilian Mafia's most powerful men. It comes as the country's prime minister faces allegations of connections with the mob. (06.12.2009)

In a series of dawn raids near the Italian city of Naples, local police have seized mob assets worth millions, thereby dealing a severe blow to the Neapolitan version of the mafia. (14.07.2009)