France Moves to Encourage Large Families | Europe | News and current affairs from around the continent | DW | 24.09.2005

Already boasting one of the highest birth rates in the EU, France has unveiled measures to spur women to have more children. They include an increased monthly grant for mothers who take time off work for a third baby. 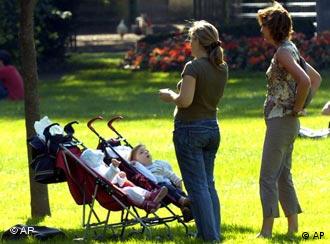 A third pram with baby would complete the happy picture

France has one of the highest birth rates in Europe. Of the 25 nations in the European Union, only Ireland’s rate is higher.

Evelyne Sullerot, one of France’s leading sociologists, points out that France also has one of Europe’s highest proportions of women in the workforce. She adds that more needs to be done to promote a balance between work and family life.

"Things aren’t going well in France. With 1.9 children per woman, we have one of the highest birth rates in Europe. But it’s still not enough for us to reproduce our generations," said Sullerot.

"There’s really a perception out there that women who want to pursue a career are forced to delay having a family. "

The government agrees. This week an initiative, which is aimed at boosting the country's birth rate up to so-called "replacement" level, was unveiled at an annual Conference on the Family in Paris attended by government ministers, pro-family campaigners, employers and trade unions.

France currently has a fertility rate of 1.916 children per woman -- slightly below the 2.07 figure which is required for the population to renew itself over the generations. 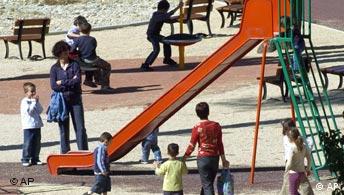 Prime Minister Dominique de Villepin said the new measures were intended to "allow a better conciliation between professional and family life up to the child's majority."

Under the proposals, a parent who takes time off from work for a third child will have the option of a boosted monthly pay-out of 750 euros ($915) for one year. Currently the figure is set at $500 available over three years.

According to Hubert Brin, president of the National Union of Family Associations (UNAF), the increased payment is to encourage higher-earners to have a third child.

The current rate is only attractive for couples on low incomes. But we have to encourage professionals with higher incomes to have babies," he said. 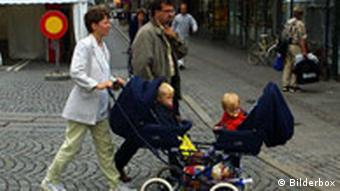 Other changes include a doubling of the tax credit for families that hire home-help for children under six, and the extension of discounts available for families with three or more children.

France better off than EU counterparts

France already has a comprehensive array of incentives for child-bearing, including generous child allowances and a calibrated income tax system that means that families with more children pay less.

Parents with three or more children can also get "Large Family" cards that bring discounts on public transport. These will now also include cut-price deals on household goods and leisure activities.

"The demographic situation in our country is much less unfavorable than in some of our European neighbors," according to a UNAF report, which noted that fertility is at 1.2 percent in Spain and Italy.

"Nonetheless the trend is not satisfactory," it said, largely because more French women are waiting longer to have their first child. 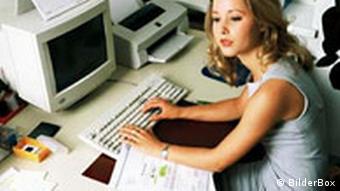 With some 80.7 percent of women aged between 25 and 49 participating in the workforce, France has one of the highest rates of working women in Europe. But the report said that this is not incompatible with a high birth rate and that -- with the proper policies -- the two can go hand-in-hand.

Sociologist Sullerot says she’d like to see further incentives for young mothers in the future.

"My dream is that every mother will have a card that guarantees certain rights, like the right to vocational training, and the right to a better pension depending on the number of children they have," she said.

Falling birth rates are a growing worry across the EU, with demographers predicting that large-scale immigration will be necessary in many countries in order to sustain the benefits enjoyed by a steadily aging population.

It's a statistic that scares not only single women but German leaders too. A third of 40-year-old women do not have children, causing politicians campaigning in Germany's election to push for a Teutonic baby boom. (Sept. 9, 2005)

Adopting a New Attitude Towards Children

The trend of falling birth rates and the evolution of a society in which child raising is perceived as more of a challenge than an enchantment is visible beyond Germany’s labor wards. Adoption, too, is trailing. (Sept. 23, 2005)