The body of a man believed to be the serial murderer and rapist nicknamed "the pockmarked killer" has been found. French police have been hunting for him for 35 years. 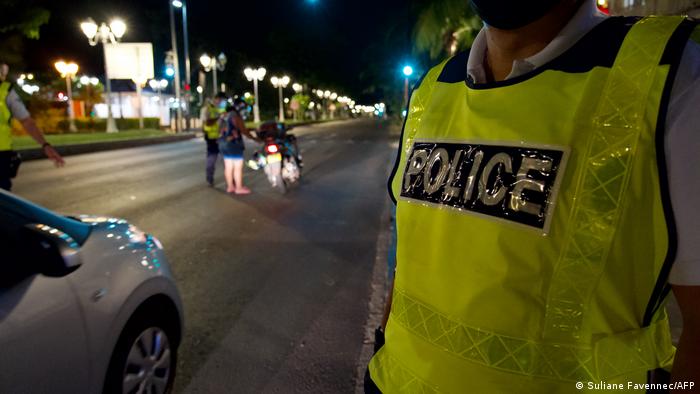 A 35-year manhunt in France may have ended after the discovery of the body of a man thought to have been a notorious serial killer and rapist, French media reported on Thursday.

The corpse of a former police officer found in the southern town of Grau-du-Roi on Wednesday is believed to be that of the man nicknamed "Le Grele" or "the pockmarked killer," who is blamed for four murders and six rapes since 1986.

According to the news magazines Le Point and Le Parisien, the man, identified only as 59-year-old Francois V., killed himself after justice authorities began to focus on him as a suspect in the crimes, which include the rape and murder of 11-year-old Cecile Bloch in Paris in 1986.

Reports said the man left behind a letter in which he identified himself as Le Grele. They said a DNA test was being carried out on the body.

Le Parisien reported that authorities had been on the man's tail and had ordered him to appear before a committing magistrate but that he had failed to comply.

In his letter, the man reportedly wrote that he had not been in a good state at the time of the crimes but that he had since "got himself together."

German prosecutors are investigating a male nurse on five counts of murder. Some of the details closely resemble the case of one of Germany's worst serial killers.

Judges said an army captain who confessed to killing seven foreign women and girls appeared to have mounted a "campaign of murder." The slayings shocked the island nation and sparked anger about perceived police racism.

A court in the far eastern city of Irkutsk has convicted a former policeman of 56 murders. He was handed a life sentence and deprived of his pension. He was already serving a life sentence for another 22 murders.