France faces existential questions ahead of final vote | Europe | News and current affairs from around the continent | DW | 24.04.2017

More than half of French voters did not choose Macron or Le Pen in the first round. For some, voting in the run-off goes against their ideals, while others see the poll as a referendum on France's place in the world. 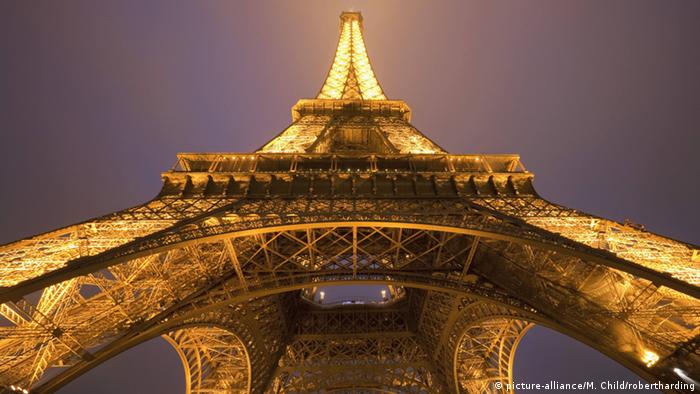 Few analysts believe Le Pen's populist party, the National Front, will win on May 7, and the political establishment is rallying behind Macron, an independent centrist who says he wants to make France more business-friendly. Virtually all of the other nine candidates have endorsed Macron after conceding defeat. And many voters from across the political spectrum say they will support Macron and his newly-formed En Marche! party - some begrudgingly - to avoid a departure from the European Union, as Le Pen has promised, or to crush what many see as a party sowing xenophobic sentiment.

"There is no question - people must make whatever compromises and vote for what is best for France and the future of France," said Stephanie Pottier, a retail saleswoman in Paris, as she digested the results early Monday. "Economically and culturally, the best candidate is obviously Macron - even if he was not someone's first choice."

No guarantee for Macron

While supporters of far-left, communist-backed Jean-Luc Melenchon or Benoit Hamon of the Socialist Party will be skeptical of Macron's investment banker background and promises of labor reform, most will still vote for him, says Thomas Guenole, a political analyst with Sciences Po.

"I don't think that Macron will be able to convince the majority of French voters that globalization is good, because the large majority think it is not good," he said. "However, he will probably be elected because of the disgust that so many French voters feel toward Le Pen and the far-right. They will do it because they prefer what they see as a candidate of finance over a candidate of racism. Melenchon voters especially cannot stand racism." 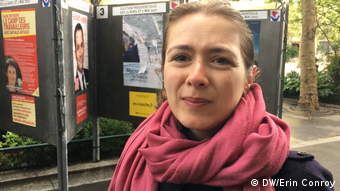 The question on many voters' minds now, analysts say, is whether Macron's young party will be able to secure a working parliamentary majority tout de suite in order to run the country.

"His political movement was only established last year, and we do not know to what extent it will win in June parliamentary elections, but most likely it will not have a majority," says Thomas Vitiello, a political analyst with the Center for Political Research-CEVIPOF in Paris. "There are still too many unknowns, but so far it has been enough to tranquilize financial markets. In order to restore credibility with markets and voters, he will need to show he will implement economic structural reforms so that France and Germany become equal partners in Europe."

What does it mean to be French?

The showdown between Macron and Le Pen poses existential questions not only about France's place in Europe, but about what it means to be French. While Macron is pro-immigration and sees globalization and multiculturalism as an asset, Le Pen's "France First" protectionist rhetoric has taken aim at foreigners and the country's Muslim population. She says that she would like to see a ban on public signs of faith such as headscarves and yarmulkes, and plans to suspend all legal immigration, should she be elected.

Sarrah Abdelrahman, a French-Moroccan mother who recently moved back to Paris after spending time near Marrakesh, says she fears a Le Pen presidency.

"As someone who might dress a certain way, of course I am afraid for myself and for my family," she said. "But also I do not know what it would mean for France. How can it be good for France's economy or France's culture to block out the rest of the world?"

While analysts do not expect a National Front victory, Guenole at Sciences Po warns that Macron should not be overly confident. 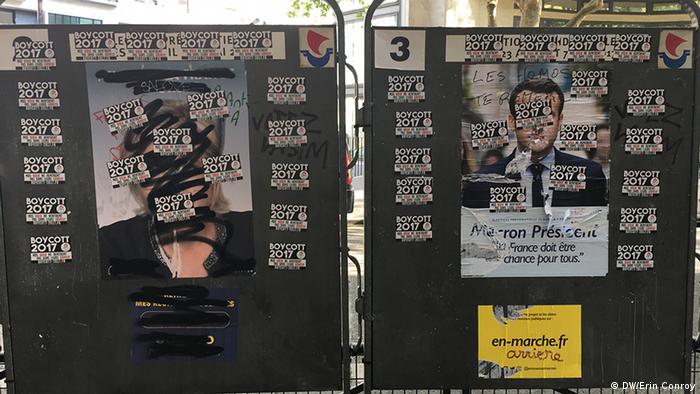 "Instead of behaving with gravitas during his speech, he decided to celebrate by announcing his victory in France, giving the sense that he had already won," Guenole said. "This is an enormous mistake and shows a lack of decency. This is not the behavior of a statesman. It is the behavior of a child king."

For some voters, neither of the outlier candidates are qualified to lead the country.

"Macron is so young, he has never run for office before - we know very little about him," said Laure Danchin, who supported Melenchon and plans to vote with a blank piece of paper to show her discontent with the candidates. "He will be the same as what we have seen, maybe even worse with his finance lobbies. I just can't stomach to vote for him."