The security initiative is expected to develop a force of 84,000 people by 2018. It will pool together the police and armed forces, as well as volunteers who wish to serve their country. 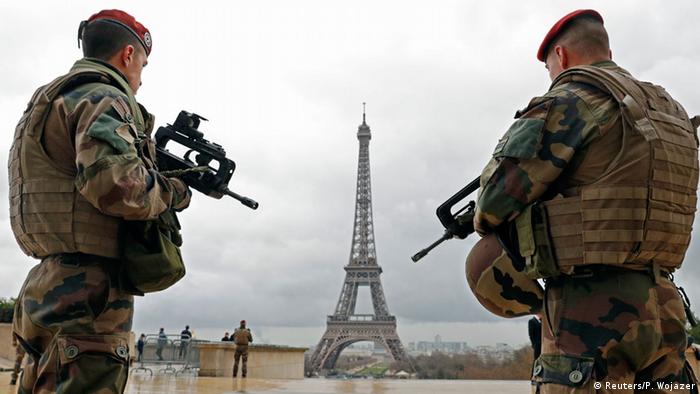 France's government on Wednesday approved the creation of a National Guard to bolster the country's security against potential terrorist threats.

The Guard is expected to reach 84,000 people by 2018 and will relieve traditional security forces. France's police and military have been stretched following a series of devastating terror attacks across the country in the last two years.

Defense Minister Jean-Yves Le Drian and Interior Minister Bernard Cazeneuve presented the decree to the cabinet during its weekly meeting on Wednesday, where it was approved.

The French National Guard will not be a completely new initiative. Rather, it will bring together personnel from the police, gendarmerie and armed forces under the National Guard umbrella – currently totaling around 63,000 reservists.

The decree also borrows from the US National Guard as it aims to encourage citizens to get involved and serve their country. A dedicated government-backed website hopes to win over a number of new volunteers.

French President Francois Hollande first proposed the creation of a French National Guard following the Islamist terror attacks in Paris on November 13, which killed 130 people. The plans were pushed ahead and concretized following the attack in Nice on July 14, which left 86 people dead.

Since the Nice attack, approximately 5,500 police and military staff have been patrolling the streets of major French cities. That number is expected to rise to around 10,000 with the deployment of a National Guard.

Tasks will vary from patrolling major cities, to securing major sports and celebratory events, to even working in military offices.

Germany and France are pushing for greater cooperation at a meeting of EU defense ministers in Bratislava. But despite its vote to leave the EU, Britain is threatening to block their ambitions. (27.09.2016)

French officials have dismantled a female terror cell that was plotting an imminent attack. It may be uncommon for women to engage in terrorism in France, but they have long done so elsewhere, Elizabeth Bryant reports. (09.09.2016)

Police in France arrest teenagers in Nice on suspicion of terrorism

The suspects confessed to planning an attack in France, but allegedly later abandoned the plot. Several teenagers have been arrested in September on suspicion of plotting terrorist attacks on French soil. (25.09.2016)