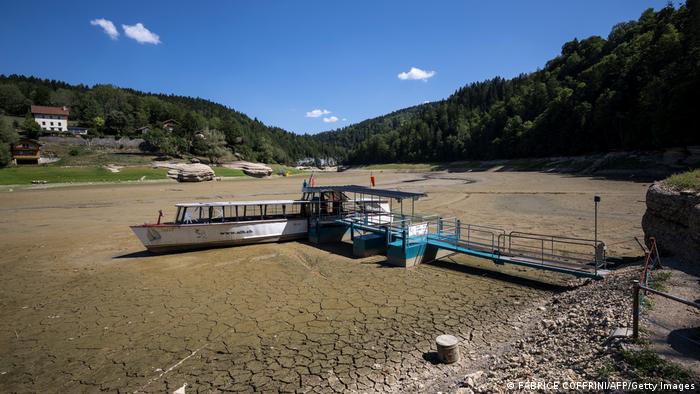 The drought is so bad rivers are drying up, like this one on the French-Swiss border

French Prime Minister Elisabeth Borne has set up an interministerial crisis team, saying the country was suffering from its worst drought ever recorded.

And the situation could get even worse, according to a statement from Borne's office.

"This drought is the worst ever recorded in our country," her office announced. "The situation could persist for the next two weeks or become even worse," it added. 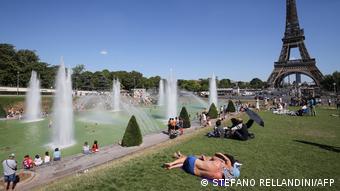 "The current exceptional drought is depriving many communities of water and is a tragedy for our farmers, our ecosystems and biodiversity," the statement said.

The lack of rain is being aggravated by successive heat waves, Borne continued, which, on the one hand, increase evaporation and on the other the demand for water.

"Faced with this historic situation, the prime minister has decided to activate an interdepartmental crisis task force and urges everyone to conserve our water resources," her office said.

In France, large parts of the mainland are now suffering from drought. Depending on the severity, different restrictions on water apply, including on irrigation.

According to local media, some municipalities were temporarily without water supply.

France has experienced wildfires for two successive summers as climate change continues to wreak havoc, sometimes with deadly consequences, across the continent.

Heat wave in Europe: Which countries are worst hit?