A Christmas Eve service in northern France ended abruptly after churchgoers complained of headaches that turned out to be caused by carbon monoxide. A total of 21 people were treated, while two are in serious condition. 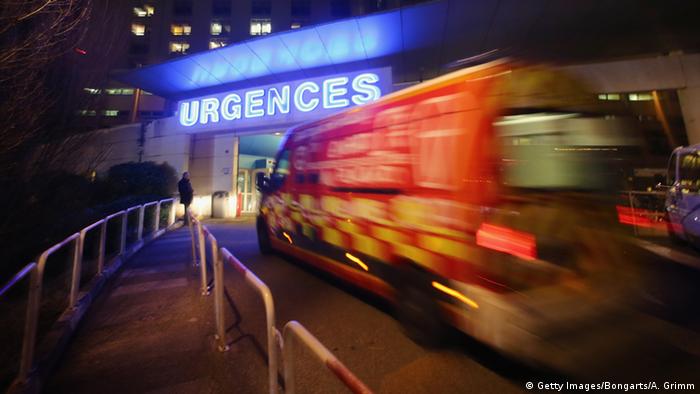 A church in the northern French town of Carlepont had to be evacuated after churchgoers suffered carbon monoxide poisoning, the local fire department said on Wednesday.

Emergency services were dispatched to the church on Tuesday evening after several people complained of headaches during the Christmas Eve service.

Between 150 and 200 people were attending the service and were taken to a nearby community hall where dozens of people were treated, Le Parisien newspaper reported.

Local authorities said 21 people were taken to nearby hospitals for treatment.

Two of the churchgoers are believed to be in serious condition. One of the victims was taken to a specialist center and placed in a hyperbaric oxygen chamber.

The cause of the carbon monoxide leak is still unknown, although investigators were probing the church's gas heater. The church has been closed pending an investigation.

Although the severity of carbon monoxide poisoning depends on the concentration and how long a person was exposed, the amount recorded in the Carlepont church appeared to be very high.

The US Occupational Safety and Health Administration recommends limiting carbon monoxide exposure to 50 ppm over an 8-hour period.

Patrons of a swingers club in western Germany had to be evacuated from a building when two people collapsed inside. More than 300 people, some suffering from carbon monoxide poisoning, had to be brought to safety. (03.11.2019)

Several hundred people die each year in Germany from carbon monoxide poisoning. On Monday, a young family of four was found dead near Stuttgart by a relative. (05.02.2018)