France bans use of wild animals in circus performances 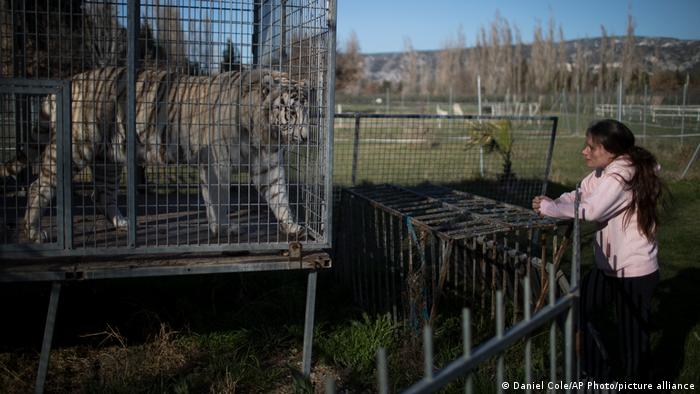 A French circus performer looks at her tiger, named King, at the Royal Circus in southern France

The legislation, which has been under debate since 2020, will prohibit performances with wild animals such as lions, tigers and bears, with enforcement beginning in 2024, France's AFP news agency reported.

Ownership of wild animals will be banned starting in seven years.

Using wild animals in television shows, nightclubs and private parties, along with mink farming for fur, will also be banned under the laws.

The new legislation also raises the maximum penalty for mistreating animals to five years in prison and a fine of €75,000 ($85,000).

Anyone wanting to buy a pet will also be required to wait a week to reflect on the decision, in order to stop impulse purchases that lead to animals being abandoned.

Polls have shown that the majority of people in France support banning the use of wild circus animals, and dozens of cities in towns in France already bar their use.

In 2017, a tiger was shot by its owner on the streets of Paris after escaping from a circus.

However, William Kerwich, a traveling circus owner and head of France's circus animal trainers' union, told AFP that his members would appeal the law in court and protest. There are an estimated 120 circus owners in France.

"It's an arbitrary law because there are not mistreated animals in our circuses," he said.