Taiwan's contract electronics maker Foxconn has admitted it hired underage workers in a factory in China. The firm, which works for Apple, Sony and other electronics giants, cloaked the practise as an internship program. 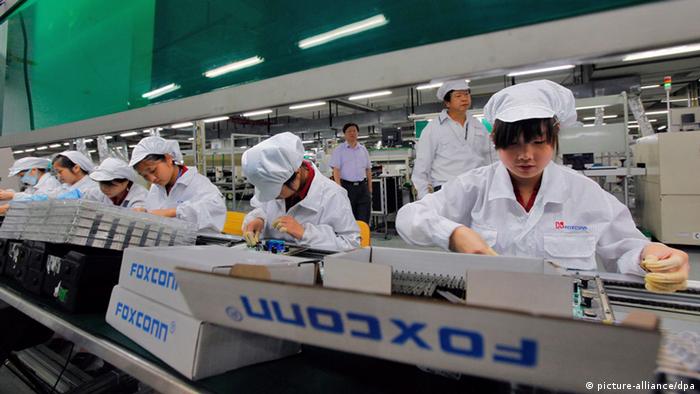 A probe at its Yantai plant in northeastern China had found that some employees were under the legal working age of 16 years, Foxconn said in a statement released late on Tuesday.

The Taiwanese contract manufacturer, which assembles Apple's iPhones and Dell computers among other electronics products, didn't say how many underage children were employed there.

However, the children worked there for "approximately three weeks," Foxconn said, under an internship program carried out in cooperation with vocational schools and other educational facilities.

Noting that "immediate steps" had been taken to return the children to their schools, Foxconn admitted that hiring the underage interns was not only in violation of China's labor law, but also a breach of Foxconn policy.

"We recognize that full responsibility for these violations rests with our company and we have apologized to each of the students," the company said in the statement.

Foxconn's announcement came after Chinese media and US-based rights organization China Labor Watch reported on the use of child labor at the Yantai plant.

Geoffrey Crothall, a spokesman for rights group China Labor Bulletin, told AFP news agency that interns were a cheap and convenient source of labor in China, and that there was often no real apprenticeship or training involved.

The revelation is the latest in a string of labor problems at Foxconn factories in China, which included a number of suicides allegedly caused by harsh working conditions, and a riot by migrant workers over living conditions inside the firm's on-site dormitories.