An Italian court has convicted Bossi, once an ally of ex-PM Silvio Berlusconi, of embezzlement while he led the anti-immigration party. His son Renzo and the former party treasurer were also convicted and jailed. 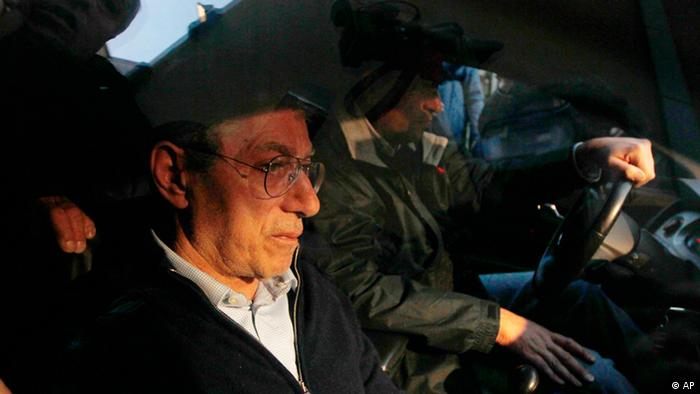 Umberto Bossi, the founder and ex-leader of Italy's opposition Northern League, was on Monday found guilty of using hundreds of thousands of euros in public funds to pay personal expenses during his time as head of the party.

He was sentenced to two years and three months in jail for the offense, while his son, Renzo, was also convicted in the case and given a year-and-a-half jail sentence. Former Northern League treasurer Francesco Belsito received the longest sentence of the three, with the court in Milan condemning him to two years and six months behind bars.

The defendants say they plan to appeal the court's verdict.

A second son, Riccardo, was tried separately in the same case last year. He received a 20-month jail term.

Bossi, 75, stepped down as League leader in  2012 amid allegations that he had used more than 200,000 euros ($228,000) in funds provided to political parties by the state to pay his family's expenses, including travel, dinners, education fees, hotel accommodation and expensive cars.

Even after his resignation, Bossi, once a key ally of former Prime Minister Silvio Berlusconi - who has also been embroiled in a number of corruption cases - remained an influential figure in the party. Among other things, he has clashed with the current leader, Matteo Salvini, over what he sees as a betrayal of the party's northern roots in a bid to gain national prominence.

The Northern League first became known as a regional party with a separatist campaign to secede from Italy, but in more recent times it has adopted a populist, anti-immigration and anti-EU stance in an attempt to increase its appeal across the country.