Fouchier: ′Everything in life has risks′ but research into influenza is safe | Science | In-depth reporting on science and technology | DW | 10.10.2014

Fouchier: 'Everything in life has risks' but research into influenza is safe

Can research raise the risk of diseases spreading to the public? Take influenza, or even Ebola. Prominent professor in molecular virology, Ron Fouchier, has had his worked hindered over safety concerns. 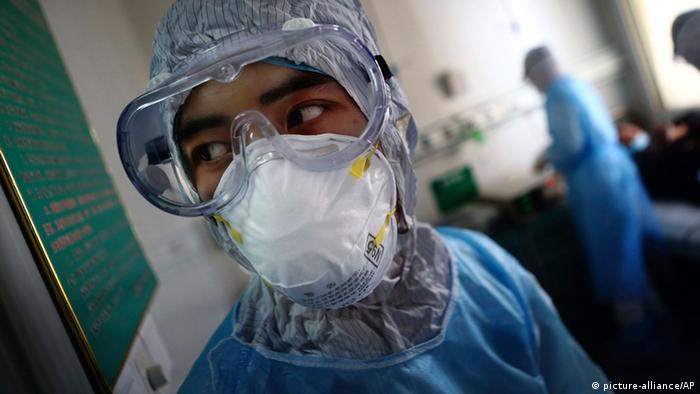 DW: As we head into a new influenza season here in Europe, and as a researcher who has come up against certain hurdles due to safety concerns, what are the major challenges in influenza research?

Ron Fouchier: For seasonal influenza, we can do our research, we can make our vaccines, and the problem is not so much a scientific problem alone, it's also a problem of communicating [the importance of vaccines] to the public and increasing uptake. The other side is the emerging viruses as we've seen in Asia over the last decade, where the key question is whether these viruses could start spreading between humans and cause the next global outbreak. And there is a lot of controversy around that work indeed. The controversy is mostly related to the safety - can you research these viruses in a safe way to not release these viruses to the public through research. It is my opinion, and also the opinion of international governments, that this can indeed be done safely. We've been doing this type of research for decades and accidents with this type of research have not happened.

What risks are we talking about?

Everything we do in life comes with risks. And one of the risks is accidental exposure of laboratory personnel with the viruses, and that these laboratory personnel would then carry the viruses out into the public. And a second risk that has been identified is the intentional theft of viruses [for them] to be misused. We refer to these two issues as bio-safety issues and bio-security issues. And laboratories like mine, which are designed to work with dangerous viruses, have many measures to ensure that the labs are safe and secure. So we can prevent viruses from getting out and we can prevent dangerous people from coming in to our facility. 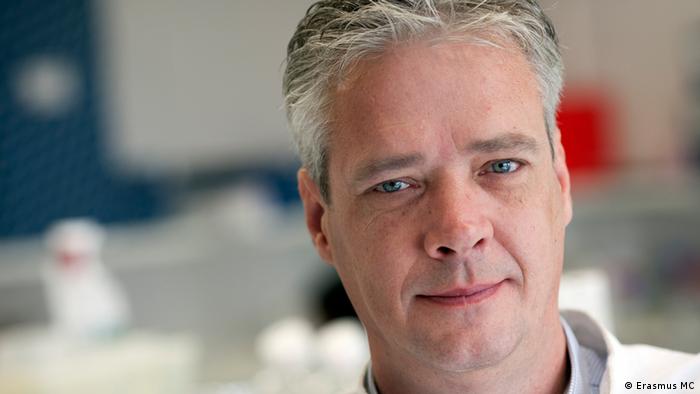 And yet we do have situations where medical staff get infected and potentially contribute to the spread of a disease. Just think of Ebola. Aren't the fears legitimate?

In every situation where people are working mistakes will be made and people will get exposed. People have been exposed to pathogens they work with, and they will continue to be exposed. But the bio-safety conditions are not just to limit the first individual infection of the laboratory worker. It's mostly focused on prohibiting the release of the virus subsequently in the public. And so you are absolutely right that we have seen incidences of contamination of laboratory workers on several occasions over the last decade, but what we have not seen is onward transmission from those laboratories to the public. And that means the bio-safety conditions worked. With respect to Ebola it is important to note that there is a big difference between laboratory research, where we protect ourselves completely against these viruses, and research in the field, where you come into contact with a lot of patients. So during the Ebola outbreak we've seen several health workers have become infected, but these were people who had a massive exposure to this virus.

We've also had a lot of discussion during the Ebola outbreak about using untested drugs and vaccines - things that have not been tried on humans so far. Do we need to have that discussion in other fields of infectious diseases, so that we become less risk averse?

Well, from a scientist's perspective, it would be very, very good if we could move experimental drugs or vaccines into human-use quicker. There's a lot of regulation around it and in particular when there are already vaccines and drugs out there. There are ethical guidelines that limit you to doing very new, experimental things. With Ebola, the difficulty is different in that these outbreaks do not occur continuously, and these outbreaks are generally too small to conduct scientific studies. With flu, it is a fact that we already have drugs and vaccines on the market, and that means that we cannot withhold these drugs and vaccines from people who enroll in clinical studies into other intervention strategies.

But is that where the trust of the opposition is coming from - from the manufacturers of the drugs and vaccines that exist? Is it a financial thing?

This is mostly a policy thing. Of course, once a market is saturated to some extent it is less attractive for other pharmaceutical companies to come in with new drugs and vaccines because they know they're going to have to compete…

…but just as important for the existing companies, who will want to hold onto their market share…

Yes, so the existing companies will try to keep selling their drugs and vaccines, as they should, and on the other hand, new vaccine and drug companies are less likely to invest serious money to compete with the ones on the market.

It is clear to everybody that the vaccines and the antiviral drugs that we have for flu work, but they are not good enough. We should aim much, much higher in terms of effectiveness. And so we as scientists, but certainly also pharmaceutical companies, and policy makers, should work to get better drugs and vaccines on the market in the years to come.

Ron Fouchier is professor in molecular virology at Erasmus Medical Center in Rotterdam in the Netherlands. In 2011, the US National Science Advisory Board for Biosecurity said Fouchier's research into the H5N1 strain of influenza should not be published before the most sensitive bits were removed. They argued that in the wrong hands Fouchier's work could be used to turn H5N1 into a bioweapon.

International scientists have declared an end to a moratorium on research into mutant forms of the deadly H5N1 bird flu. Since influenza viruses are constantly changing, research is crucial, WHO's Gregory Härtl told DW. (24.01.2013)