Formula One: Perez finishes ahead of Vettel to win wild Azerbaijan Grand Prix 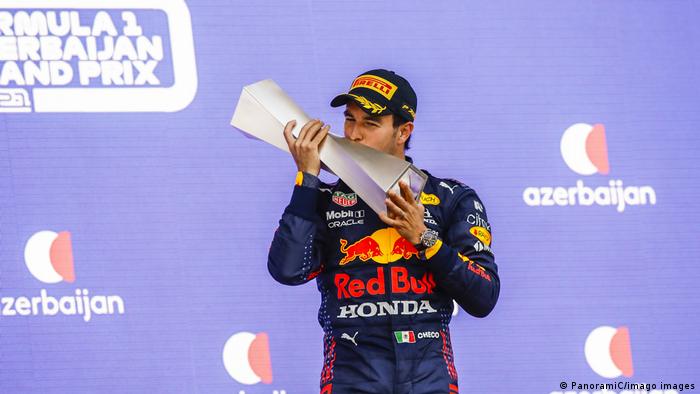 Max Verstappen's crash with five laps to go opened the door for Sergio Perez to win his first Grand Prix for Red Bull.

In a race that had been controlled by the Dutchman before he crashed heavily into the barriers on the home straight after a left rear puncture, champion Lewis Hamilton missed his chance to capitalize.

Hamilton had tried to pass Perez after the race was restarted from a standing start with two laps to go, but made a rare mistake, locking up into turn one and finished in 15th place. It was another weekend to forget for Mercedes, who failed to pick up a single point with Valtteri Bottas finishing 12th.

Perez was able to take advantage of the mistakes of those around him, taking the chequered flag for only the second time in his career. He finished ahead of Sebastian Vettel, whose second place was a first podium for him with Aston Martin, with Pierre Gasly completing a surprise podium in third for Alpha Tauri.

"Normally Baku is pretty crazy," said Perez, who moves up to third from fifth in the championship standings. "I have to say sorry to Max, it would have been incredible to get that one-two for the team. But at the end, it was a fantastic day for us. This is definitely a strong boost of confidence for myself." 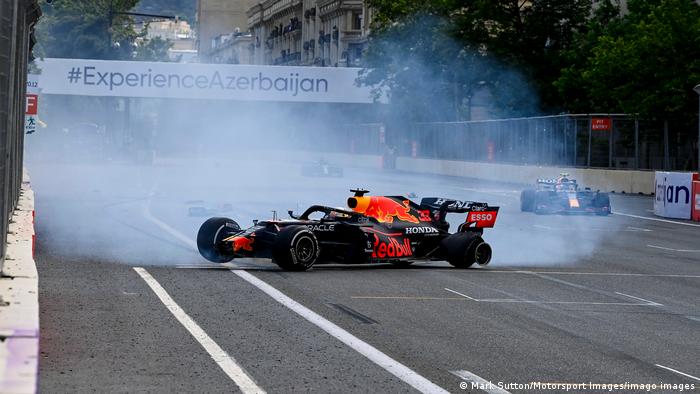 Sergio Perez (Red Bull) — Sebastian Vettel runs him close after securing Aston Martin's first ever podium, but the drive of the day belongs to the Mexican in the Red Bull. Perez is the first Red Bull winner other than Max Verstappen since Daniel Ricciardo, having put himself in prime position for maximum points following the misfortune of the favorites.

Sebastian Vettel: "I'm over the moon. We weren't expecting a podium here."