Max Verstappen started the day 14 points behind seven-time world champion Lewis Hamilton and ended it four clear of the Mercedes driver. The 23-year-old Dutchman leads the F1 title race for the first time. 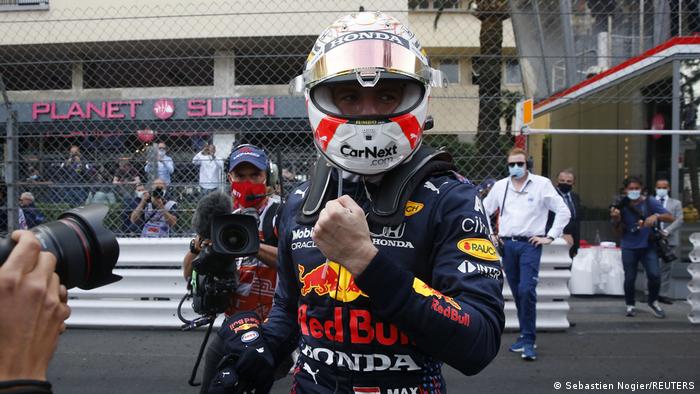 Max Verstappen celebrates his first win in Monaco, which was unable to host the 2020 Grand Prix due to the pandemic

Max Verstappen won the Monaco Grand Prix for the first time to take the Formula One championship lead fromLewis Hamilton on Sunday, while Ferrari's Charles Leclerc, who was due to start on pole, pulled out just before the race started.

Verstappen's second win this season and 12th of his career moved the Red Bull driver four points ahead of Hamilton overall. The seven-time world champion finished seventh on a bad day for the usually ultra-reliable Mercedes team.

His teammate Valtteri Bottas went from second place to out of the race before the midway point after his team botched a tire change. It is the first time since the German Grand Prix in 2018 that Mercedes has not led the championship.

"That was masterclass and you're leading the championship. Well done, mate,'' Red Bull team principal Christian Horner radioed to Verstappen as he crossed the finish line.

Verstappen sprinted over to his team and jumped into their arms after the race.

"It is so special to win here. I remember when I was very little, you always want to win this one. Of course I'm very proud,'' Verstappen said. "But I'm thinking ahead to the rest of the season.''

He was then greeted by tennis star Serena Williams, who waved the checkered flag as the honorary guest at the event.

Sebastian Vettel (Aston Martin) — The German secured fifth place to collect his first points of the season, and his first since leaving Ferrari. Vettel showed great pace throughout and managed to fionish ahead of both Lewis Hamilton and Pierre Gasly. A fine result and lift-off for Vettel in the dark green of Aston Martin.

Carlos Sainz Jr: "Maybe it doesn't taste as good as it should," given the misfortunate of his Ferrari teammate Charles Leclerc.