His father won five of his seven Formula 1 titles for Ferrari, now Mick Schumacher will make his test debut for the Italian team next month. The 20-year-old driver has already signed up for the Ferrari driver academy. 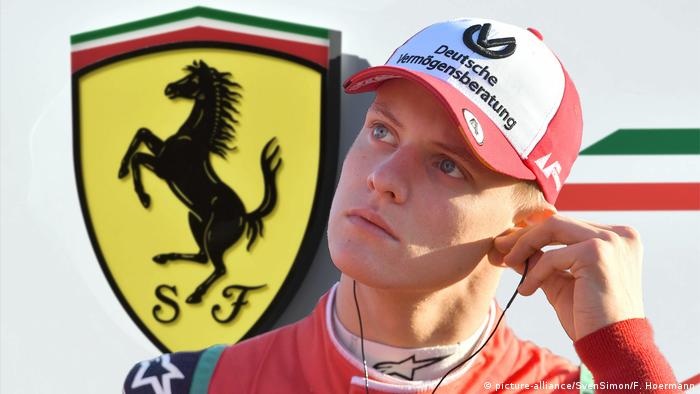 Seven years after Michael Schumacher's last Formula 1 race, his son Mick has taken another step towards making his bow in the sport.

On Tuesday, Ferrari announced that the young driver will make his Formula 1 test debut with Ferrari in Bahrain on April 2. He will take the wheel of Alfa Romeo's vehicle the next day.

"I am really looking forward to what I'm sure will be a great experience," Schumacher said.

The German will also make his Formula Two debut this weekend in Bahrain after being crowned Formula Three champion last year with Prema, an Italian team linked to the Ferrari Drivers Academy, who Schumacher joined in January.

"I am consciously putting all thoughts of the test to one side, because I am also very much looking forward to competing in my first F2 race," Schumacher said.

His father Michael has not been seen in public since suffering head injuries during a skiing accident in 2013 and his condition is a secret closely guarded by his family.

"You should give him all the time. It is important to see whether there is a learning curve or not. It is not relevant right now whether he can drive for the title," Ralf Schumacher told press agenacy DPA.

"It worked out very well in F4 and F3. It will also work out very well now. He has shown his potential with the result of the F3 championship. But in F2 everything starts from zero."

The second race of the 2019 F1 season is in Bahrain this Sunday.

Mick Schumacher, Sebastian Vettel to team up at Race of Champions

Schumacher and Vettel proved a winning combination at the Race of Champions six times in the past. Now it's time for a new generation, as Michael's son Mick Schumacher teams up with Ferrari's Sebastian Vettel. (20.11.2018)

Michael Schumacher's son Mick took a time-out from his Formula 3 championship bid on Friday to test a German Touring Car (DTM) Mercedes. The 19-year-old is making steady progress through the junior ranks. (07.09.2018)