Salvador Cienfuegos was held at Los Angeles airport on drug trafficking and money laundering charges. He was a powerful figure in the war against Mexico's drug cartels, a fight that has left nearly 300,000 people dead. 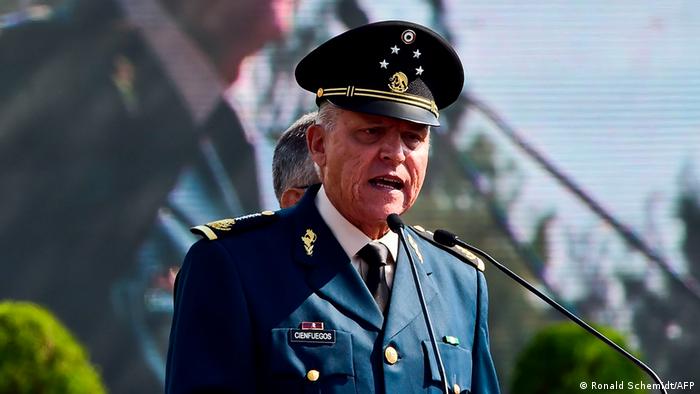 Cienfuegos, who was defense chief from 2012 until 2018, was reportedly on a trip with his family when he was detained at Los Angeles airport.

"The consul in Los Angeles will inform me of the charges in the next few hours. We will offer the consular assistance to which he is entitled," Mexico's Foreign Minister Marcelo Ebrard said on Twitter.

The Mexican investigative magazine Proceso, quoting unnamed sources at the US Department of Justice, reported that the arrest was the result of a long-standing investigation into corruption involving drug traffickers.

The Wall Street Journal, quoting an unnamed senior Mexican government official, said Cienfuegos was detained at the request of the US Drug Enforcement Administration (DEA).

Cienfuegos, 72, held the rank of a four-star Army general. He served under former President Enrique Pena Nieto, who was in office for six years until December 2018.

As defense minister, Cienfuegos was a powerful figure in Mexico's drug war in which the army battled cartels across the country.

But he also complained about his troops being deployed, saying the military was not trained to chase criminals. 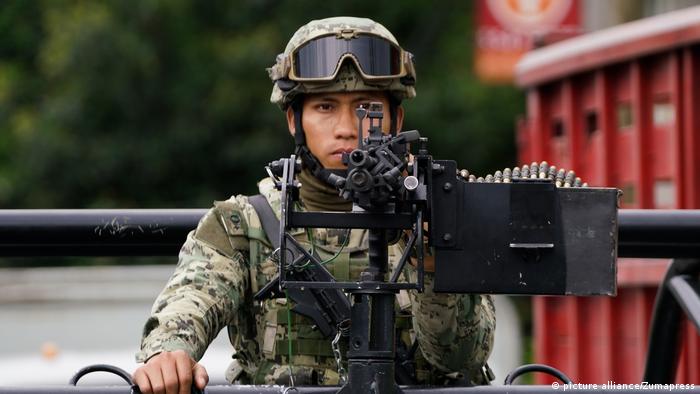 Mexico's army have been deployed against the drug cartels, who are said to control 90% of the cocaine entering the US

Several members of Pena Nieto's cabinet and party have been implicated in high-level corruption cases, sometimes involving allegations of links to organized crime.

Read more: Mexico's military to take control of ports in the war against cartels

Cienfuegos is the second former Mexican minister to be detained in the US. Last year, ex-security minister Genaro Garcia Luna was arrested in Texas in 2019, accused of taking huge bribes to allow the notorious Sinaloa cartel to ship drugs into the US.

Garcia Luna, who served under ex-President Felipe Calderon and was also an architect of the war on drugs, has pleaded not guilty to drug trafficking charges.

More than 296,000 people have been murdered since the government militarized the fight against the drug cartels in 2006.

Authorities say most of the killings are linked to gang violence as drug syndicates fight for control of the trafficking routes into the US.

President Manuel Andres Lopez Obrador has urged Pope Francis to apologize for the Vatican's role in the Spanish conquests. This comes ahead of the 500th anniversary of the arrival of Europeans in the Americas.

Mexico has issued arrest warrants for police and military personnel suspected of involvement in the 2014 disappearance of 43 students. The unresolved kidnapping case sent shockwaves across the country.

Salvador Cienfuegos is charged with three counts of drug trafficking and one of money laundering in the US. He was arrested last month as he landed in the Los Angeles airport.

Mexico's president said his government will not "cover up for anybody" linked to detained former defense minister Salvador Cienguegos. He faces charges of drug trafficking and money laundering in the US.