Richard von Weizsäcker, who was West German, then German president from 1984 to 1994, has died at the age of 94. He was internationally respected as an integrative figure in German politics. 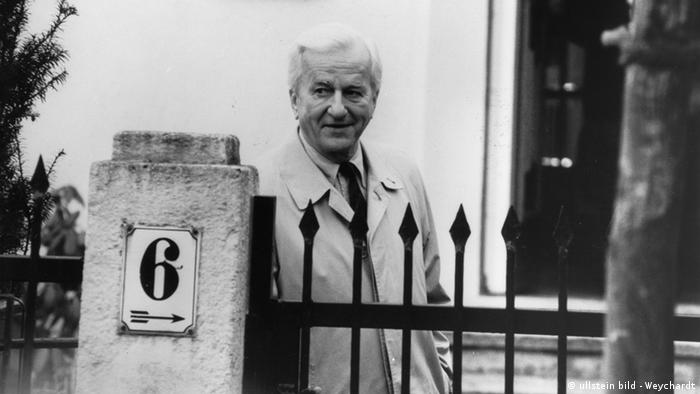 Former German President Richard von Weizsäcker died on Saturday at the age of 94 in Berlin, the president's office said.

Weizsäcker, who joined Chancellor Angela Merkel's Christian Democrats in 1954, was a member of the party's Federal Executive Committee from 1966 until he became president in 1984.

As president, he received great international recognition for a speech on May 8, 1985, the 40th anniversary of the end of the Second World War, in which he described VE Day as the "day of the liberation from the inhuman system of the National Socialist tyranny."

In his latter years, von Weizsäcker was involved in a number of political and charitable bodies.

In a message of condolence to Weizsäcker's widow, current President Joachim Gauck praised him as a symbol of Germany's integration into the democratic world community.

"Richard von Weizsäcker stood worldwide for a Germany that had found its way to the center of the democratic family of peoples," Gauck said.

"He stood for a Federal Republic that faces up to its past."

The post of president in Germany is a largely ceremonial one, but pronouncements by its holder are often given moral weight.