Former German politician Ernst Albrecht has died at the age of 84. His daughter, German Defense Minister Ursula von der Leyen, announced his death during an official visit to Afghanistan. 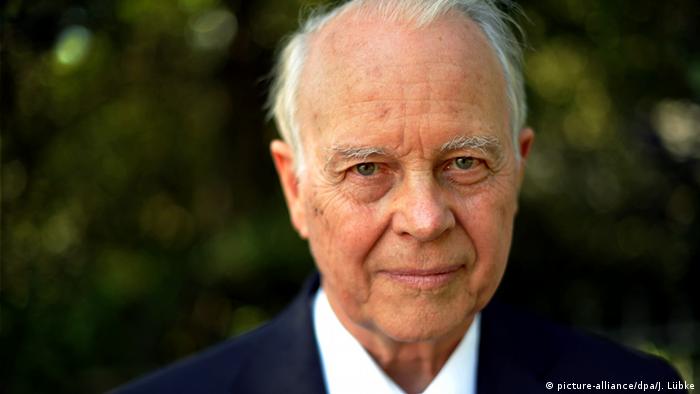 The death of former high-ranking German politician Ernst Albrecht was announced on Saturday.

His daughter, German Defense Minister Ursula von der Leyen, confirmed he had died while she was on an official visit in Afghanistan.

She was visiting Bundeswehr troops in Mazar-i-Sharif when she broke the news, and said her father had not suffered, and had died "quickly and peacefully." 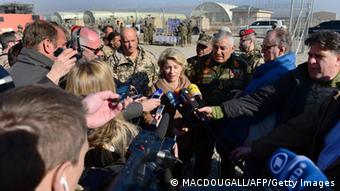 Von der Leyen announced his death in Afghanistan on Saturday

Speaking after addressing the soldiers, the defense minister also said he had had a "very full, long life."

Ernst Albrecht was a Christian Democratic Union (CDU) politician, and the state premier of Lower Saxony from 1976 to 1990.

He announced his retirement from politics upon his defeat.

In 2008, Ursula von der Leyen announced that her father was suffering from Alzheimer's disease.