Many expected the chain smoker to live for an entire century, yet former German Chancellor Helmut Schmidt died a few years too early, at the age of 96 on November 10, 2015, at his home in Hamburg. He would have turned 100 the day before Christmas eve, 2018.

Schmidt was and remains the "savior of the city" for Hamburg's citizens. During the North Sea flood of February 1962, the then police senator of Hamburg demonstrated his skills as a crisis manager by getting soldiers involved in the rescue operations — which meant overstepping his legal authority as the German constitution prohibited the use of the army for internal affairs (a clause excluding disasters was added in 1968).

That established his reputation as a willing decision maker. "You need a strong will. And cigarettes," he later said of his approach.

People in Hamburg still visit his grave in the district of Ohlsdorf. A sign was added in the cemetery because so many people were looking for the modest tombstone, which features his name and that of his wife Hannelore, nicknamed "Loki." Visitors leave flowers and candles, along with cigarettes or snuff tobacco. 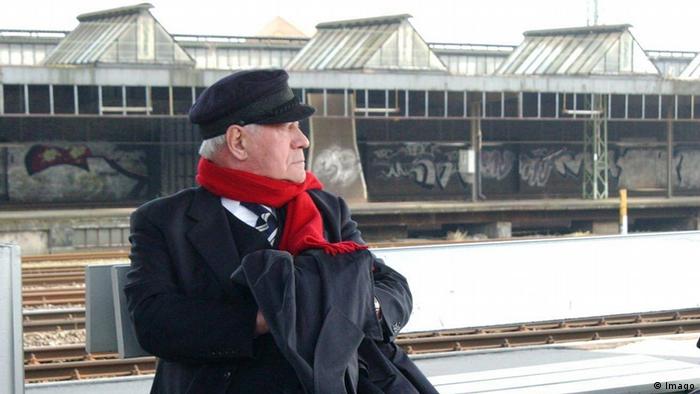 West Germany's chancellor from 1974 to 1982, Schmidt is remembered for how he dealt with crises, as an esteemed statesman, a European, a world citizen and a world explorer. He was the man with the sailor's cap, which he wore while governing in Bonn, on state visits all over the world and at home in Hamburg where the Schmidts lived in a unpretentious semi-detached house.

Schmidt led the SPD faction from 1967 to 1969, then became Minister of Defense, and from 1972 he was Finance Minister under Willy Brandt. After Brandt's resignation, the Bundestag elected him Chancellor.

During the "German Autumn" of 1977, he took a hard stance towards the left-wing extremist group RAF. He refused to negotiate with hijackers who aimed to free political prisoners. As a result, the kidnapped German industrial leader Hanns Martin Schleyer was murdered.

In 1979, Schmidt pushed the NATO Double-Track Decision, through which disarmament talks could be initiated with the Soviet Union but which also threatened to deploy more missiles in Europe if the Soviets refused to negotiate. He faced strong resistance from his party and the growing peace movement. Hundreds of thousands of peace activists took to the streets, and the dispute ended up costing his chancellorship through a vote of no confidence in 1982. Helmut Kohl succeeded him as chancellor.

Schmidt retired from politics and began a late career as author and co-editor of the weekly Die Zeit.

The most important person at his side was his wife Hannelore, with whom he was married for 68 years. "Loki" was his first listener, not only in political issues, but also when he would sit down at the piano to play Bach's fugues after his long work days.

Germany's 'most famous smoker' dies at 79

Friedhelm Adolfs became the unlikely face of renters' rights for his protracted legal battle with his landlady. Adolfs refused to leave the apartment he had lived (and smoked) in for four decades. (19.12.2017)

Leaders from around the world have descended on Hamburg to pay tribute to Helmut Schmidt, a former chancellor of West Germany. DW has collated some of the key quotes and comments from the Social Democrat's farewell. (23.11.2015)

Helmut Schmidt was Germany's second Social Democratic chancellor. Early on, he became known as a capable crisis manager and remained one of Germany's most distinguished elder statesmen until his death. (22.11.2015)

The former home of Helmut Schmidt, who was Germany's chancellor from 1974 to 1982, and his wife Loki, was the house of art lovers. Their foundation is offering a virtual tour of the couple's residence. (17.11.2016)