The legacy of the 1977 German Autumn of left-wing terror

On September 5, 1977, the Red Army Faction abducted industrialist Hanns Martin Schleyer, unleashing the German Autumn of terror. Filmmaker Andres Veiel talks to DW about the RAF and how the events shaped his childhood.

In the autumn of 1977, the guerrilla movement by the German left-wing terrorist group Red Army Faction (RAF) came to a head with the so-called German Autumn.

On September 5, with the founding members of the RAF already in prison, some of the younger generation abducted West German industrialist and former member of the Nazi SS Hanns Martin Schleyer in an attempt to force their cohorts' release.

On October 13, Palestinian terrorists sympathetic to the RAF causehijacked a Lufthansa flight from Mallorca to Frankfurt, also calling for their release. Their attempt failed, and RAF members Andreas Baader, Gudrun Ensslin and Jan-Carl Raspe commit suicide in prison. Shortly after, on October 18, Schleyer was killed.

DW: Young people today are growing up with the terror threat posed by the so-called "Islamic State" (IS). You grew up with the specter of the Red Army Faction. What was your experience? 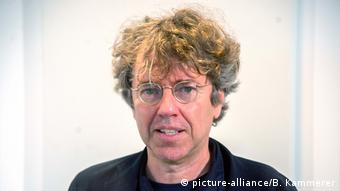 'In some respects, both sides were ready for violence': Veiel

Andres Veiel: When I was 12 years old, there was a bomb threat in Stuttgart. I was curious, and ventured into the city to find the streets empty and the shops partly closed. It's still unclear whether the threat came from the RAF or simply from a copycat who wanted to create a tense situation.

That bomb threat, and the fact that it was able to create such anxiety, was one of my first experiences. And when the trials of Andreas Baader, Gudrun Ensslin and Ulrike Meinhof began in 1975 and 1976, I quickly noticed that I had to decide which side I was on. That is, I increasingly noticed this fascination with the RAF, that people who were ready to fight for a better world were able to reach me with their message, despite the violence. And this fascination tore me apart.

As a filmmaker, you've always come back to the topics of the RAF and 1970s Germany. Why?

After the political change in East Germany and reunification, I noticed that it was time to deal with these topics. Even after the dissolution of the RAF [in 1998 - Editor's note], the real questions had not been answered: What drove these people to these extreme acts of violence? Why was the state's reaction so ferocious, so polarized? And these questions have continued to occupy my thoughts and led to my documentary "Black Box BRD" in 2001.

Your work was never just about the surface, the victims and perpetrators, guilt or innocence - you wanted to know what was under the surface. What did you find?

The more I looked into it, the more I realized that the [philosophy behind the RAF] was very, very empty and strongly focused on negation. Their goal was to destroy, to provoke, to show what they saw as the state's fascist fervor to legitimize themselves. But there was no idea about how this country could be developed differently or made better.

In a key exchange, Gudrun Ensslin once said, "We don't want to be accused of having seen something and not having done anything." And her father replied, "Yes, but what does that mean? You long for fascism! What if it never materializes?" I believe the core problem of the RAF is summed up in this exchange.

Was scholar and activist Jan Philipp Reemtsma right when he claimed that RAF terrorism was simply based on delusions of grandeur, a lust for violence?

It can't be reduced to megalomania. This phenomenon of violence was a repetition of fascist structures of the past - an esprit de corps, with a very clear paramilitary structure. And, probably without actually wanting it, history was repeated as a farce. But I found it frightening that the internal structure of the RAF did not reflect the spirit of a utopia, of liberation, but instead a very strong command structure, with obedience, intimidation and fear. Basically, the same structures implemented in every paramilitary organization or military structure.

At the time, and especially in the autumn of 1977, Germany was incredibly well prepared to face this violence. Did a similar spirit prevail in the government? The crisis management team at the time seemed quite willing to potentially sacrifice RAF hostage Hanns Martin Schleyer and the passengers on the hijacked Lufthansa plane.

In some respects, both sides were ready for violence. Those in charge were mainly former military officers, and this spirit of command, of taking drastic measures, was also present. We can look at it as a conflict between the few RAF and the remains of the Third Reich's Wehrmacht, who had clashed with a similar ideology and irreconcilability. And neither side was willing to give in.

Why did so many women participate in this fight?

I believe this has to do with empathy, particularly in the case of Ulrike Meinhof. In 1957, she interviewed Marcel Reich-Ranicki about his time in the Lodz ghetto during the war. This touched her deeply; she cried, and at some point, I believe, she was unable to continue the interview. This guilt, this realization of the absolute failure of the previous generation, had a profound influence on women like Ensslin and Meinhof. 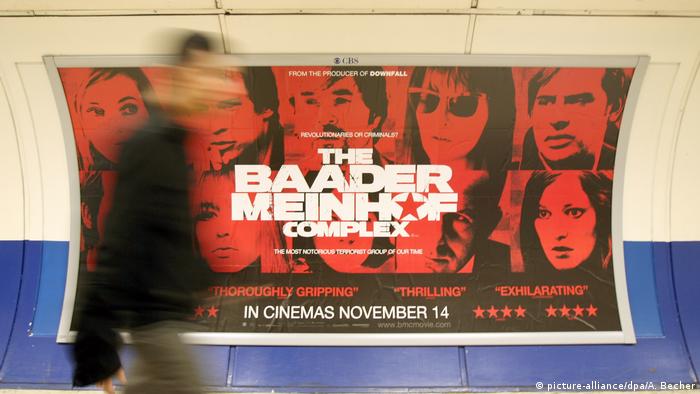 'The Baader Meinhof Complex,' starring Martina Gedeck and Moritz Bleibtreu, was a critical success in 2008

The end of the events of the German Autumn - the death of Schleyer, the liberation of the Lufthansa hostages, the death of the RAF members in the Stammheim prison - marked a break. It wasn't the end of the RAF, but much had changed within society. What's left of this revolutionary spirit?

This militant impulse from the days of the RAF no longer exists. In the meantime, we've come to realize that the world is infinitely complicated, and that we can't simply divide the world into revolutionaries and oppressors. The concept of power has become much more subtle, almost like a liquid or a gas, penetrating into every niche and crack. Power can no longer be personified.

The idea that someone like Schleyer or some other functionary is now solely responsible, and that by controlling him, threatening him or even killing him, the world will become a better place - this idea has long been disproven. The battle for change no longer has a clear goal.

Do you have the impression that society has now thoroughly processed the history of the RAF?

Absolutely not. There hasn't been a single perpetrator who has confessed to a victim, or explained their reason for doing what they did. That is difficult for the victims to bear, and it doesn't get any better as the years go by. They don't know why someone decided to kill their husband, their friend, their beloved. All these questions remain stuck in the minds of the victims, and will probably stay there for life. They have no one to ask these questions. 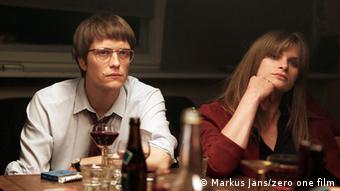 What have you personally learned from your long, intense preoccupation with this period of German history?

For me, it has become clear that history is not self-contained. We can't simply wipe the slate clean and say that once the RAF disintegrates, or - to go even further back - once the war ends, everything is over and done with. History influences events in the next generation, and the generation after that, and probably still in the third or fourth generation. Violence evolves: it remains hidden at first, and there's an impression that society can go back to normal life. And then it appears suddenly, bursting out at times when it's least expected.

How did the events of autumn 1977 shape Germany's development?

Germany had to go through these events to come into its own. It became more democratic, and made room for a new party, the Greens, and a new newspaper, the TAZ. Suddenly, a sort of democratization movement arrived for the left side of the political spectrum, which has been good for the country as a whole. The political landscape changed - the possibility of having an influence on the political system, even from a left perspective, didn't exist before.

The interview was conducted by Silke Bartlick. It has been edited and condensed for clarity.

From bombings and kidnappings to murders, the far-left militant group Red Army Faction (RAF) terrorized West Germany in the 1970s. Learn more about the group and their acts from these films made about them. (05.09.2017)

From scandal-causing terriers to curious cats, many different pets have accompanied US Presidents to the White House.