Brazilian soccer superstar Pele has thanked his fans for their support on social media after undergoing surgery. The 80-year-old is recovering after doctors removed a suspected colon tumor. 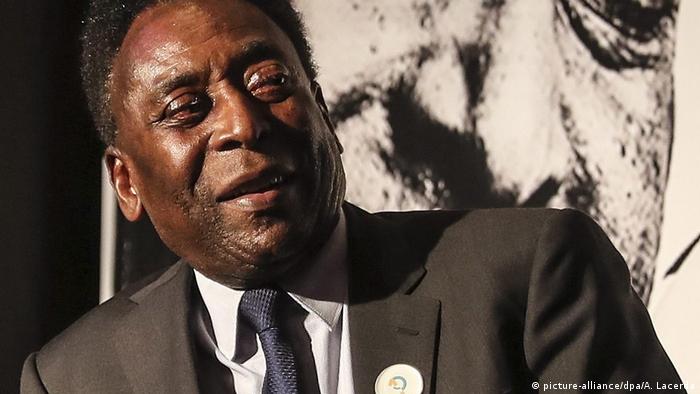 Pele has undergone a series of medical treaments in recent years

Pele — considered by some as the greatest footballer of all time — had been in hospital since August 31. His family and doctors have said that he has been doing well since the surgery.

"The patient Edson Arantes do Nascimento [Pele's birth name] is in good clinical condition and has left the intensive therapy unit. He will be recovering in a room," the Albert Einstein Hospital said.

The 80-year-old wrote on Instagram that he was ready "to play 90 minutes, plus extra time" after leaving the ICU. "Don't think for a minute that I haven't read the thousands of loving messages I've received around here," he added.

The suspected tumor was discovered during a routine checkup and Pele underwent surgery on September 4. He had been expected to leave intensive care last week.

The former player has undergone several medical treatments in recent years, including a failed hip replacement in 2012 which left him needing a walker and a wheelchair.

The Brazilian burst onto the world stage at the age of 17, helping his country to win its first world cup, scoring two goals against hosts Sweden in the final in 1958. He went on to play for the national team during their world cup wins in 1962 and 1970, becoming the only male soccer player to have won the trophy three times. He also scored the opener in the 1970 final, a 4-1 demolition of Italy.

During his professional career, Pele scored over 1,000 goals before retiring in 1977. He was also the Brazilian team's most prolific scorer, racking up 77 goals in 92 international matches.