It is estimated that by 2050, 9 billion people will have to be fed in the world. Experts fear that global food production can no longer keep up with population growth, and that global conflict could follow. 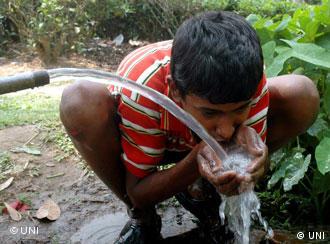 In the midst of hunger riots in Paris and London at the end of the 18th century, English pastor and economist Thomas Robert Malthus came up with his widely-known theory: that the earth, with its limited resources, can feed only a limited number of people. If the global population exceeds that limit, famine, pestilence or war would contain it.

As far back as antiquity, hunger riots were a regular and recurring phenomenon. In the year 57 B.C., Cicero wrote of angry protests in Rome because of rapidly increasing bread prices: "Acute inflation was dominating, and a famine was imminent."

In the following years, there were no less than eight great hunger crises in Rome. So the Roman emperors took preventative measures. Egyptian grains were monopolized and essentially devoted to consumption in Italy and its capital, Rome. The emperors anticipated hunger riots and thus were able to maintain their political might.

Feeding cities at the expense of the country

Even now, government elites in developing countries act in a similar way, according to Wolfgang Heinrich, agricultural expert of the Church Development Service, a German Protestant development association. 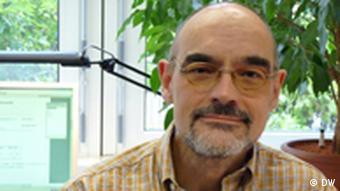 In the food crisis of 2008, this phenomenon was manifest on a global scale. In Africa, parts of Asia and in the Caribbean it came to hunger riots. Governments faltered and were used by political groupings as political weapons in internal power struggles.

According to the Bonn-based Center for Development Research, there were more than 50 cases of unrest and demonstrations during the food price crisis of 2008, some which led to regime changes. The center's head, Joachim von Braun, said that was something new.

The unrest also startled the world's governing politicians. For years now, the issue has been discussed at the United Nations and the Group of 20 leading developed and developing countries.

"This unrest goes on latently also in the current high-price situation, even if not on the massive scale of 2008," von Braun said.

Hunger as a catalyst for internal crises

It can be very difficult to scientifically prove a direct correlation between conflict and a lack of resources. Theoretically, any additional competition for resources in politically fragile countries and regions can lead to violent conflict. But in most cases, hunger or food shortages are only one of many factors, said Steffen Angenendt, co-author of a study by the German Institute for International and Security Affairs on the conflict potential of natural resource shortages. Unequal distribution or bad government leadership has to pile up in order to create security problems. 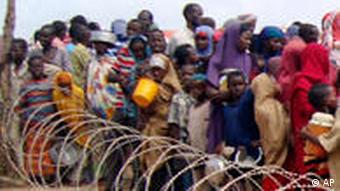 "The bread riots in the Arab Spring were more symbolic," said Joachim von Braun, the development researcher. "They were the catalyst for demonstrations in a complex political conflict, and thus only one of many reasons for unhappiness."

Acute food price demonstrations take place in countries with noticeably lower incomes than Tunisia. There they play an increasingly important role, as in Ethiopia, where the constitution states that the land belongs to the state.

More than anyone else, owners of small farms in Ethiopia stand to lose their livelihood under the leasing of large land spaces. Wolfgang Heinrich of the Church Development Service knows the situation personally.

"The Ethiopian government has made no arrangements for the small-scale farmers, who have had to leave their farmland for bigger mechanized farms," Heinrich said.

In some parts of Ethiopia, like in the Gambela region near Sudan or the Bale region in south-central Ethiopia, the Church Development Service has reported local violence, "where people are resisting being forced off their land, or where young people get connected with armed groups to create unrest," Heinrich said. In Kenya and Uganda, the situation is exacerbated by the leasing or sale of large land plots to foreign agricultural investors. Research by the British aid organization Oxfam shows that between 2006 and 2010, at least 22,500 people in the Ugandan districts of Mubende and Kiboga lost their land to the British lumber firm New Forests Company. Many of those affected complained to Oxfam, saying they were coerced under threat of violence and now have nothing.

"We have here many cases that have to do with land grabbing," explained Oxfam agriculture expert Marita Wiggerthale. "That means investors ignore the rights and needs of the poor who work and live off of the land. They lose their home and their livelihood, without being listened to or compensated and without the ability to dispute the contracts."

It is not uncommon for these people to be radicalized, exemplified by the increasing activities of Islamist terror organizations in the Horn of Africa, according to Heinrich: "In northern Kenya there are groups connected to the Somalia conflict. The way in which the international community has handled the Somalia conflict in the past 20 years has led to Somali warlords getting connected to international networks like al-Qaeda cells since about 2006."

Only in the rarest of cases do the hungry themselves reach for the weapons. More often they set out in search of food. The acceptance and long-term integration of hunger refugees has regularly led to division problems on the African continent. This creates new and potentially violent conflicts. But it is fundamentally true that people who can no longer feed their families through traditional means search for a way out of their dilemma. Development research shows that the rampant piracy on the Horn of Africa has its roots in the over-fishing of waters by international fishing fleets along the coast of Somalia.

Now that business model has been adopted by bandits, who international missions like the EU-led Operation Atalanta on the Horn of Africa fight to control through expensive military intervention. Yet it could get much worse, according to the EU's special commissioner for Somalia, Georges-Marce Andre.

"Luckily, piracy is not political at this stage, and we hope it will remain business," he said. "Can you imagine, for the moment, that all of the sailors who are hostages of the pilots, instead of being economic hostages, those people could become political hostages? Could you imagine what al-Shabab and al-Qaeda could do with one of these big tankers they have seized? Imagine such a tanker being sunk in front of the port of Mombasa."

According to most experts, all-out war over food will not come in the near future, despite all the negative scenarios. But what development researcher Joachim von Braun does expect are consequences for global politics and security.

"Migration and conflicts over land occupation will escalate, leading to the destabilization of provinces and governments," von Braun said. "And since the world today is so intertwined, these conflict situations will be reflected around the world."