Chinese state media say an attack on food stalls in China's western region of Xinjiang has resulted in 15 deaths. Eleven of those killed were allegedly assailants tracked down by police. 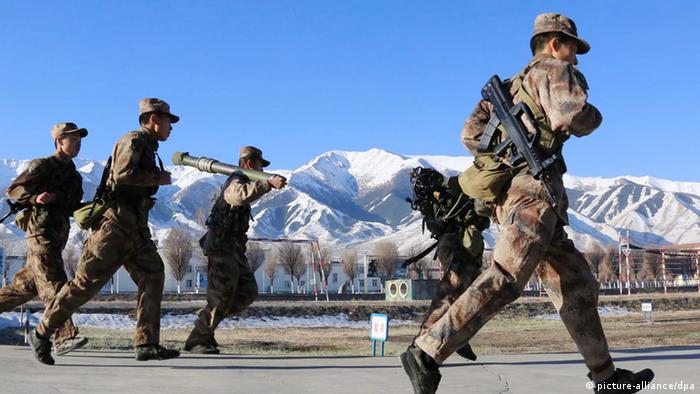 China's Xinhua news agency said on Saturday that the incident occurred on Friday in Shache County in Xinjiang. The region has a long history of discord between authorities and its indigenous ethnic Uighur population.

Xinhua said the attackers, who it did not identify, also stabbed people in the crowded street where vendors were selling food. Fourteen other people were wounded.

Heavy restrictions on journalists in Xinjiang have made verification of details of such incidents difficult.

The state-backed newspaper China Daily reported on Saturday that Xinjiang's regional authority had on Friday banned residents from wearing or forcing others to wear logos or clothes associated with religious extremism.

Over the past six months, Chinese state media outlets have cited at least 175 deaths in eight violent incidents in Xinjiang.

The US-based Uyghur American Association disputed official descriptions of that incident. The association said police instead opened fire on people protesting against a security crackdown on Muslims during Ramadan, killing more than 20.

After the sentencing of Ilham Tohti, a moderate government critic, to life in prison, the conflicts in western China's restive Xinjiang province are likely to get worse, says DW columnist Frank Sieren. (27.09.2014)

A Chinese court has rejected the appeal of prominent Uighur scholar Ilham Tohti against his life sentence for "separatism." This comes as journalist Gao Yu is tried on charges of leaking state secrets. (21.11.2014)