At least 17 people have been killed and many others injured in a school shooting in Florida. Police arrested a teenager who had previously been expelled from the school. 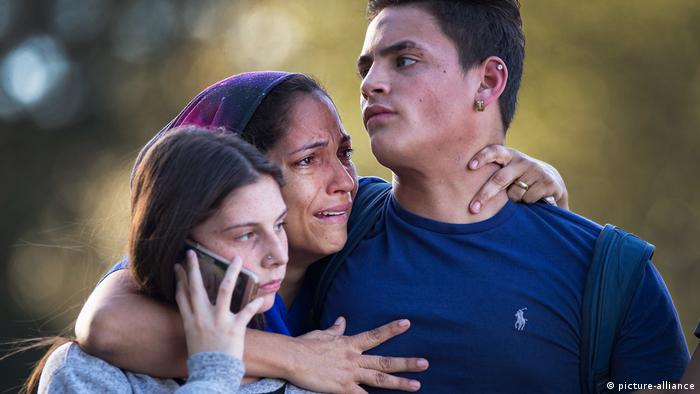 A shooter rampaged through a Florida high school on Wednesday, killing at least 17 people and injuring multiple others in the latest mass shooting to shake the United States.

The Valentine's Day shooting at Marjory Stoneman Douglas High School in Parkland, about 45 miles (72 km) north of Miami, sent students fleeing into the streets or huddling in classrooms as the building went on lockdown.

At least 17 people were killed, both students and adults, Broward County Sheriff Scott Israel said. Twelve of those were killed inside the school building, two were killed just outside, one died on the street and two other victims died of their injuries at a hospital, Israel said.

"It is a horrific situation," Broward County Superintendent Robert Runcie said. "It is a horrible day for us." 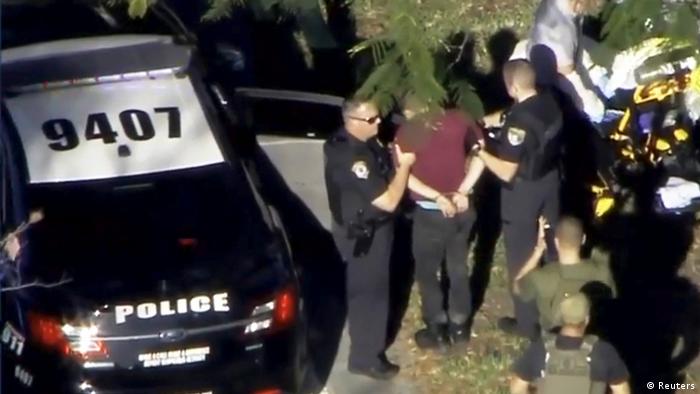 The suspect, named as Nikolas Cruz, was arrested off campus without incident about an hour after the shooting. He is a 19-year-old former student, who had a troubled history and was expelled from the school, Sheriff Israel said.

Cruz was found with multiple ammunition magazines and an AR-15-style rifle, Israel said.

Read more: Opinion: Mass shootings in US show a government's failure to protect its people

"We already began to dissect his websites and the things on social media that he was on and some of the things that came to mind are very, very disturbing," Israel said.

President Donald Trump said on Twitter he was in touch with Governor Rick Scott.

Parents gathered near the school to meet their frightened children, many of whom sent texts notifying them of the shooting.

Read more: US researchers say funding for gun research is non-existent but it would save lives

"I'm scared for the other parents here," said Len Murray, whose son texted him that he was safe. "You can see the concern in everybody's faces. Everybody is asking, 'Have you heard from your child yet?'"

The shooting reignited debate over gun violence in the United States that kills nearly 33,000 each year.

So far this year there have been 18 school shootings across the country. The number includes suicides and incidents when no one was injured.