Several people are still missing after a storm caused massive flooding in France and Italy. France has declared the affected region a natural disaster zone. 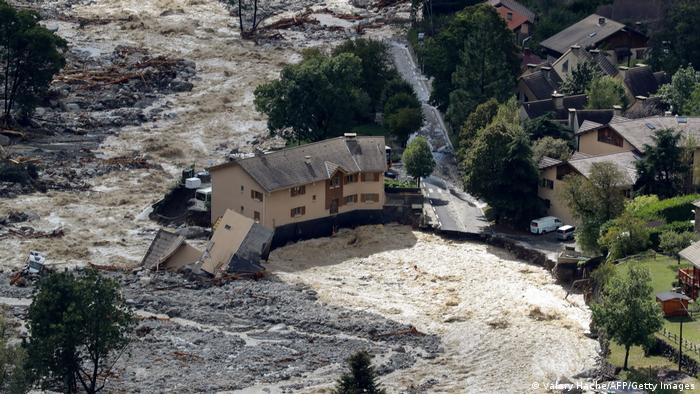 Rescue services stepped up search and rescue efforts on Sunday in the wake of massive flooding in southeastern France and northwestern Italy.

Rescue efforts were concentrated on the Roya Valley in France near the Italian border, where some 1,000 firefighters resumed their search hoping to find survivors. Eight people are missing on the French side and two on the Italian side as of Sunday.

Seven bodies were found in the region straddling the French-Italian on Sunday, officials in both countries told Reuters news agency.

Italian and French teams were working together to identify the bodies.

Storm Alex barreled through France's western coast on Thursday before making its way into Italy on Friday and Saturday. The amount of rainfall in parts of Italy hadn't been seen in some 60 years.

Many villages in both countries have been cut off, with rescue workers needing to provide food and fresh water. 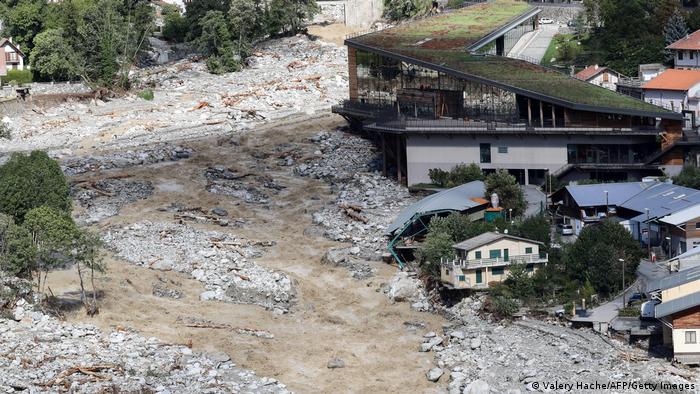 "What we are going through is extraordinary," Bernard Gonzalez, the prefect of the Alpes-Maritimes region in France, told the AFP news agency.

"We are used to seeing images of such disasters on other continents, sometimes with a lack of concern, but this here is something that affects us all."

French Prime Minister Jean Castex said the army has been deployed to help in rescue efforts. France has declared the region a natural disaster zone.

In the Roya valley, firefighters and the army, backed by helicopters continued their search for survivors who may have been trapped in their homes.

In the French village of Breil-sur-Roya, houses were buried in mud and cars were stuck on the river bed.

In Italy, cities in the Piedmont region were hit especially hard. The mayor of Limone Piemonte, a village in the Cuneo province, spoke of a "catastrophic situation" in his city due to the flooding.

Venice Mayor Luigi Brugnaro spoke of a "historic day" for the lagoon city. "In the presence of a tide that would have flooded the city … we have shown that Mose works," he said in a statement.

Strong community ties can keep people safe during catastrophes, say experts. So what can the residents of a flood-prone Austrian town teach us about facing extreme weather in the age of climate change?