A paper presented at a European Central Bank conference in Sintra, Portugal, has suggested that labor market reforms may have increased inequality in Germany. The study thus challenges a key tenet of monetary policy. 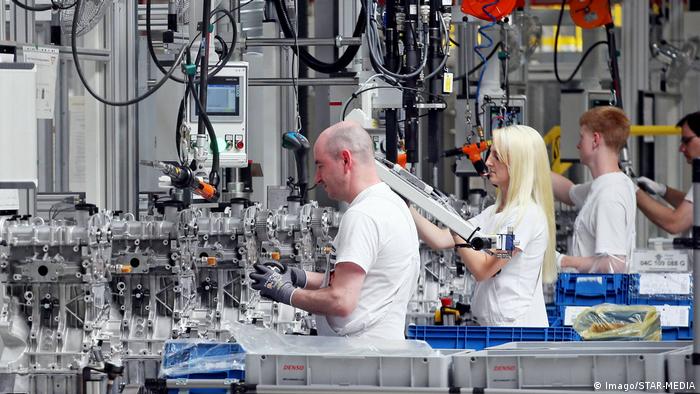 The European Central Bank has long called for more flexible wage settlements to help eliminate the sort of inequality that is created by high and persistent unemployment.

But a study authored by three University College London researchers and presented at an ECB conference in Sintra on Tuesday argues that increasingly decentralized wage deals and a drop in union membership over the past two decades has hurt the poorest the most and kept wage growth depressed, becoming in itself a source of inequality.

The researchers' conclusion was made more significant by current efforts in Spain and France to further reduce the centralization of wage setting to cut high jobless rates in the two eurozone heavyweights.

"It's questionable that it is in a country's interest to improve its competitiveness through low wage growth over a long period, especially if it goes hand in hand with increasing wage inequality," the paper said.

The eurozone's jobless rate is still 8.5 percent after a five-year economic growth run, even as Germany has cut its own rate below 4 percent.

Germany too increased its competitiveness by keeping wage growth muted in the worst years of the global financial crisis. It managed to push unemployment to record lows, but this came largely through the creation of low-paying, low-skill jobs, resulting in a decline in labor productivity, the researchers insisted.

They acknowledged, though, that in more recent years Germany has seen a trend reversal, mentioning the introduction of a minimum wage and a halt in the decline of collective wage deals.

Equal wages - but not for everyone

Equal wages — but not for everyone