A boat used for catching lobsters has sunk off the Honduran Caribbean coast, resulting in at least 27 fatalities. So far 55 people have been rescued, the country's armed forces said. 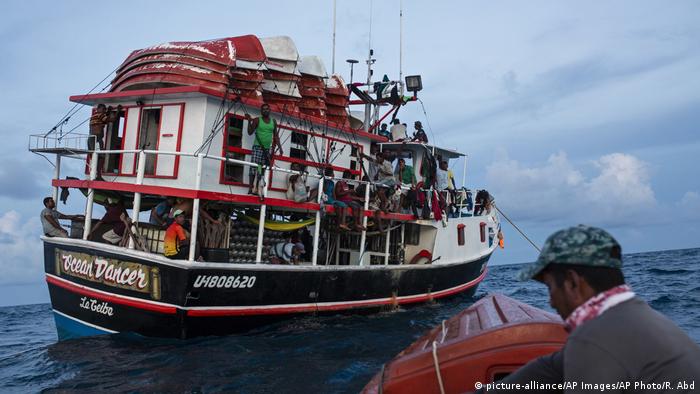 The type of boat used for lobster fishing in Honduras

At least 27 people died when a fishing boat capsized off the coast of Honduras on Wednesday. Nine people remain missing and 55 others had been rescued by nearby boats, according to the Atlantic Industrial Fishing Association.

According to Jose Domingo Meza, an armed forces spokesman, the boat set out in weather inappropriate for fishing.

Honduras, with some 700 kilometers (1,126 kilometers) of coastline in the Caribbean, is highly vulnerable to natural phenomena such as tropical storms and hurricanes.

Meza said the vessel, nicknamed "Waly," set sail from Puerto Lempira towards Cabo Gracias a Dios, near the Honduras-Nicaragua border, packed with fishermen after a seasonal ban on fishing for lobster was lifted.

According to local press reports, the captain of the sunken vessel gave notice of the shipwreck before he went down with the ship.

The 27 who drowned may have been waiting on the boat's deck for a Coast Guard from the Honduran Naval Force to arrive.

Second boat went down in the same area

Meza confirmed that another fishing vessel also had an accident in the same area just hours before "Waly" sank. It had 49 people on board, despite only having capacity for a smaller crew. Honduran daily newspaper, El Heraldo, reported that all passengers were rescued.

The head of the Honduran Merchant Marine, Juan Carlos Rivera, told HCH television that authorities can withdraw navigation permits for up to three years from owners who have too many fishermen on board.

Mexico approves trade deal with the US and Canada