Top female diplomats from around the world have gathered in Montreal for a first-of-its-kind meeting. Foreign ministers from almost 20 countries will discuss topics including security and gender-based violence. 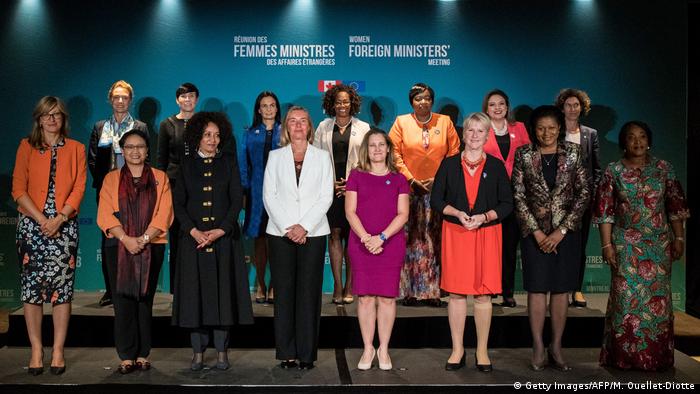 Women foreign ministers from around the world have kicked off a two-day conference in Montreal, Canada, that is aimed at highlighting women's key role in politics and decision-making processes.

The meeting is being co-chaired by Canada's top diplomat, Chrystia Freeland, and the foreign affairs representative of the EU, Federica Mogherini, who at the opening both expressed hope that the meeting would set a precedent for growing cooperation between women ministers.

Women are "key to finding solutions to the political, economic and social challenges facing our societies," Freeland said in her opening remarks on Friday, as reported by the Agence France-Presse news agency.

"When we are all involved in the decision-making process, our societies become stronger, our economies and our middle class become more prosperous and our countries safer," she added.

The agenda is scheduled to cover topics including international security and peace, promoting and strengthening democracy and the elimination of gender-based violence.

Benefiting all of society

Mogherini also stressed the all-around benefits to societies when women have full access to decision-making positions in all spheres.

"It is not just an issue of equal rights ... it is working to avoid a clear waste of human capital this world cannot afford any more," she said.

Altogether some 30 women hold positions as ministers for foreign affairs around the world.

Canadian Prime Minister Justin Trudeau has made gender equality a high priority on his government's agenda, and Canada's Cabinet has an equal number of women and men for the first time in the country's history.