Finland: Bucking the economic trend | Europe | News and current affairs from around the continent | DW | 25.07.2012

While all the other major European economies have been placed on negative outlook, Finland has maintained its stable position. DW looks at what gives the Finnish economy the edge. 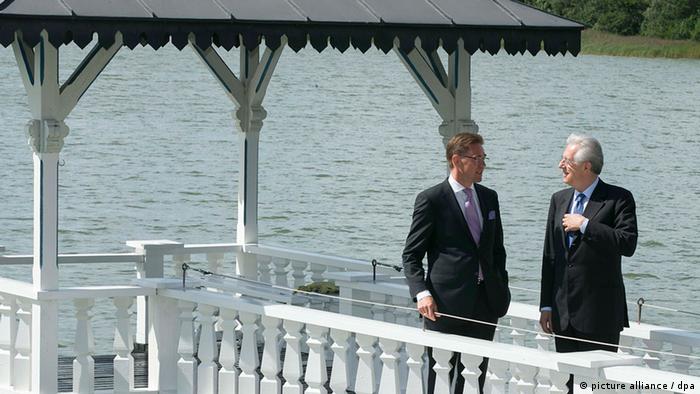 The rating agency Moody's has put Germany, the Netherlands and Luxembourg on negative outlook over concerns that they may have to foot the bill if major economies like Spain or Italy are forced to seek a bailout.

That indicates that the agency is considering a downgrade if the difficult conditions persist; for the moment, Germany, the Netherlands and Luxembourg will keep their coveted AAA status, along with Austria and France, which were also placed on negative outlook back in February.

Finland, by contrast, is bucking the trend. Moody's has re-affirmed the highest possible triple A rating for the Finnish economy, noting that its economic output remains stable.

Guntram Wolff, deputy director of the Brussels-based economic think tank, Bruegel, puts that down to Finland's geographical position in Europe. 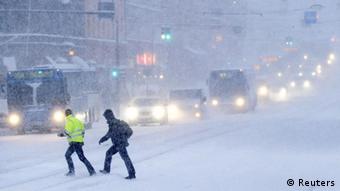 The Nordic country has a population of 5.4 million

"The economic links between Finland and the south of Europe are certainly smaller than between most of the countries in the center of Europe," Wolff explained. "For example, Germany's exports and industry are closely connected to those in Italy."

In addition, he told DW, the Finnish economy has a small financial sector in which domestic banks concentrate largely on domestic lending.

Finland is among the world's wealthiest nations, with per capita income of 40,835 euros ($49,350), according to the International Monetary Fund (IMF). It's a sparsely populated country of 5.4 million people, who enjoy an extensive welfare state and one of the best public education systems in Europe, according to a study by the Organization for Economic Cooperation and Development (OECD). 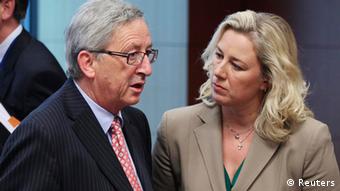 A senior financial adviser at the Finnish Finance Ministry said the strong performance was also based in part on the way Moody's calculates its forecasts. The rating agency places a lot of emphasis on the health of public finances, which means Finland tends to score highly:

"Our net position is very favorable, because we actually have the pension funds inside our government, which is quite unique in Europe and the eurozone," Mikko Spolander told DW. "The pension funds have quite a lot of assets and they are calculated as assets of the general government, which means that the net position if very positive in Finland."

However, the OECD warned in its 2012 Economic Survey of Finland that "while the budget deficit is small, current fiscal plans are not ambitious enough to deal with future fiscal challenges related to an ageing population." Finland is seeing the effects of demographic change earlier than other European countries.

Spolander claims the government has recognized the necessity of maintaining the sustainability of public finances - given its ageing population.

"We are already facing the problem, so we have to act now. We won't have any window of opportunity over the next ten years - we have to take structural measures now if we want to tackle that issue."

Finland was a relative latecomer to industrialization, and it had a largely agrarian economy until the 1950s. However, it now has a highly industrialized mixed economy, dominated by the services sector (66 percent). Its largest industries are electronics (22 percent), metal products and machinery (21 percent) and the forest industry (13 percent). 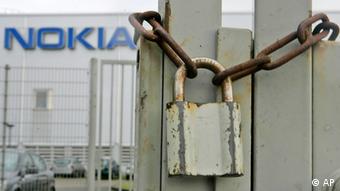 The troubles at Nokia may soon hit the Finnish economy

Spolander claims that the country learnt a lot from its economic downturn two decades ago - before it adopted the euro.

"At that time of course we did not have any common currency: We had to defend our own currency; we had to find our own policies to manage the situation," he explained.

"But we learnt lessons from that period: We had to take drastic, harsh measures, which were very unpopular as you can imagine, but at least we were able to stabilize the situation, and we had a bit of luck because of the IT revolution."

Now the IT sector has taken a hit, as a result of well-publicized problems at Nokia. The mobile phone giant is struggling to compete with other smartphone operators such as Samsung and Apple.

Spolander says the troubles at Nokia are one of the big "structural challenges which we have on the production side of our economy." Moody's alludes to the problems in the IT and paper industry when it talks of possible risks for the Finnish economy.

"The government is concerned, but during the past five to ten years, the role of Nokia with regard to overal economic growth in Finland has diminished gradually," Spolander said.

As for the future, Spolander is doubtful whether the Finnish economy can insulate itself completely against the crisis in the south of Europe. If Greece were to leave the eurozone, or if Spain were to need a bailout, that would also have a major impact on Finland.

"We are a very open economy; we are a very export-orientated economy. And whatever happens in Europe and in the world will most certainly be felt here in Finland," Spolander explained.

As Finland moves to join NATO, DW wonders how hard the economic impact of delinking economically with Russia could be. The other NATO wannabe, Sweden, has far less to worry about.

The war in Ukraine means a worsening of Poland’s economic outlook, an increase in inflation and possible stagflation. But it also means a big hole in the country’s labor market is being filled.

Ukraine forces in Kharkiv push through to Russian border — as it happened 16.05.2022

Ukrainian soldiers have reached the border after pushing back Russian forces in Kharkiv. President Volodymyr Zelenskyy has warned of more attacks in Donbas.