Finally an identity for India-Bangladesh enclave denizens | Asia| An in-depth look at news from across the continent | DW | 31.07.2015

For decades, some 50,000 stateless people have lived in tiny enclaves in the border area between Bangladesh and India. But after a new agreement between the two countries, they will finally acquire citizenship. 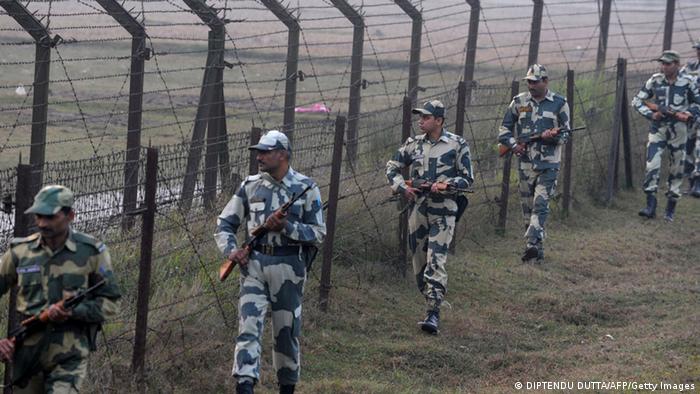 The enclaves are not visible on the world map. A closer and magnified look shows small dots in a zigzag on a fringe. That is the complicated border region along the Indo-Bangladeshi border, which for years has been the cause of a protracted territorial dispute between the two South Asian neighbors.

The enclaves date back to a time before 1947 when the Indian subcontinent was part of the British Empire and are the result of territorial divisions between Maharajas and Indian princes vying for influence in the British Raj.

There are more than 160 enclaves and sub-enclaves in the area where Indians live in Bangladesh and vice versa. They are no bigger than a rice field, or a small village, with inhabitants largely forgotten by their respective governments. The marshy region is desperately poor and lacks roads, schools, hospitals and other public institutions. The people who live here are considered stateless, and hence not entitled to social benefits. Officially, they are not even allowed to leave their respective enclaves - the border crossing is illegal. 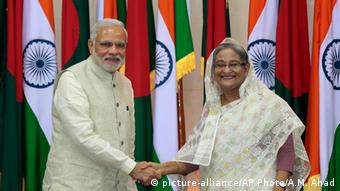 On Friday, July 31, the enclaves were officially incorporated and returned to the respective state in which they are located. The ones on the Indian side of the border are part of the Indian territory and vice versa. People are free to stay on their land or return to their respective countries. They are also expected to opt for one of the two nationalities. An agreement between Indian Prime Minister Narendra Modi and his Bangladeshi counterpart Sheikh Hasina in early June made this possible.

The deal was described by Bangladesh's Foreign Minister as a "historic milestone in bilateral relations." "We have found a solution for a dispute that lingered since independence. The two countries have settled their border dispute, which will make people's lives safer," said FM Abul Hassan Mahmood Ali after the signing of the agreement.

Bangladesh and India have sealed a land swap, allowing 50,000 people in border enclaves to choose their nationality after decades of stateless limbo. Indian Prime Minister Narendra Modi is in Dhaka for a two-day visit. (06.06.2015)

The border area has seen much violence in past years. For instance, the border police "shoots to kill" if it finds a refugee crossing into their border. According to the Human Rights Watch, some 1,000 people were killed in the area between 2001 and 2011.

Moreover, very few cases are investigated. The security forces, who have never been prosecuted for these killings, intimidate the impoverished families of the victims not to pursue the cases. Approximately 50,000 soldiers are deployed along the 2,000-kilometer long barbed fence.

But the signing of the new border agreement could solve most of these problems, said Madhu Kishwar, a professor at the Center for the Study of Developing Societies in New Delhi. The expert, however, feels the "issue of illegal immigration from Bangladesh to India" would persist.

Overall, the standard of living on the Indian side of the border is higher than on the Bangladeshi one. But Kishwar is of the view that economic reasons alone are not the only factor behind illegal border crossings. "Of course, there are refugees who want to go to India for economic reasons. But a lot of illegal migration has a very different political background. Radical Islamists want to influence the demographic composition of the border region. In some Indian border districts there is now a Muslim majority," she told DW.

The migration trend, according to Kishawr, is largely moving in one direction. "Neither Indian Muslims nor Indian Hindus have a particularly strong interest in moving to Bangladesh," she said.

But sometimes the reasons for migrating are very personal. Binod Chandra, for example, lives in an Indian enclave on the Bangladeshi side and wants to migrate to India. "Almost all my relatives live in India. I want to be near them," said Chopra. 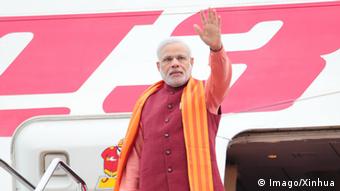 For Shahjahan Mondol, who lives in the same enclave, the reason is entirely different: "Bangladesh means everything to me. My family is scattered across the country. Where can I go leaving them all behind?"

Several ministries and the Indian state of West Bengal conducted a survey between July 6-16, urging those residing in the area to choose one of the two nationalities. While no official statements on the survey's outcome have been made, The Hindu newspaper quotes NGO Bharat Bangladesh Enclave Exchange Coordination Committee as saying that most Bangladeshis living on the Indian side would prefer to remain in India.

Indians living on the Bangladeshi side, however, say the decision on whether to leave or stay will ultimately depend on whether they will be compensated for leaving their homes. The problem is that there seem to be no clear guidelines for such cases.

The results of the survey will show who wants to live on which side of the border and under which nationality. Authorities expect relocations and naturalization procedures to be completed by the end of November.