Fiji safe from cyclones this season - but what about next? | Environment | All topics from climate change to conservation | DW | 17.07.2017

Fiji safe from cyclones this season - but what about next?

Small island states in the South Pacific, like Fiji, have been battered by cyclones. As these weather events become more extreme due to climate change, how do remote island communities recover after the storm has passed? 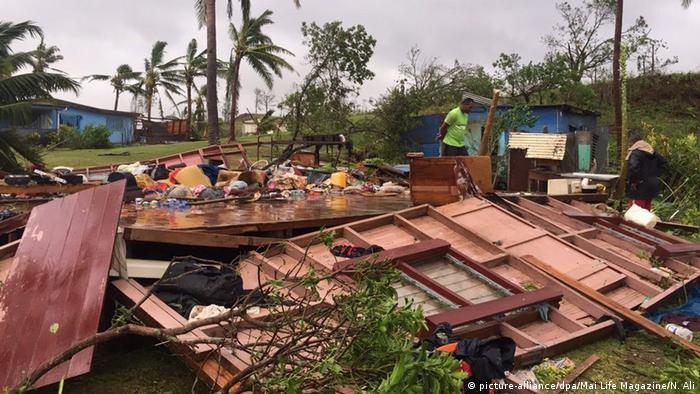 Even more than a year after the destruction of Cyclone Winston, the largest cyclone ever to hit land in the Southern Hemisphere, New Zealander turned Fiji local Nigel Skeggs still vividly remembers what it was like being stuck in the eye of the storm.

"It's one of those things that's very difficult to describe," he told DW. 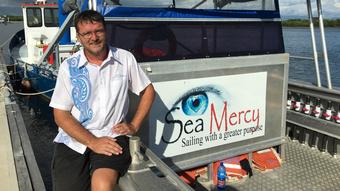 "Try driving down the highway at 230 kilometers an hour [143 miles per hour] and stick your head out the window - that's the wind speeds we were getting.

"The noise was just out of control, the coconut trees were bending over, everything was shaking, even the strongest buildings. Once the wind started, you couldn't go outside, you couldn't move. You've really got to be well prepared and in a good position when the storm approaches and hits you."

As a cyclone disaster response director, and CEO of the Port Denarau Marina, Skeggs has witnessed his fair share of cyclones, including the devastating Cyclone Pam in Vanuatu in 2015, and Cyclone Winston in Fiji last year.

"We were lucky enough to have missed the worst of Cyclone Winston, being in a secure and safe building, but for the people out there [in remote villages and islands], I can't even imagine what they went through," said Skeggs.

"It was 14 hours of absolute panic. I heard stories where whole villages were holding onto the base of trees, so as not to be blown off the island."

Cyclones and other extreme weather events have always been part of island life in the South Pacific. But the increasing frequency and unpredictability of these storms troubles Skeggs.

"They've always been here, but it certainly seems that in the last few years we've been getting stronger and more frequent cyclones, and this is all part of the climate issues," he said.

Skeggs said Fiji was "very fortunate" that the COP 23 United Nations Climate Change Conference, being held in Bonn, Germany later this year, was being chaired by the country.

"It's a strong chance to show the world what is happening with climate change, and how it's affecting people from a day-to-day point of view," he said.

Skeggs is also the head of Sea Mercy Fiji, a volunteer-based venture that offers health care services and aid to Fiji's remote outer islands, often in the immediate aftermath of a cyclone. 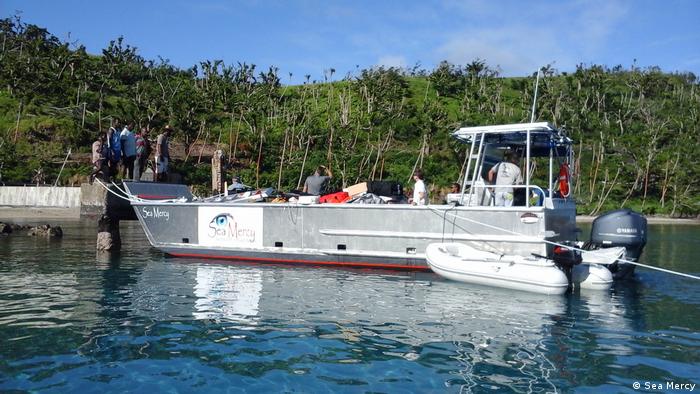 "When tourists come through the South Pacific on their own yachts or superyachts, many of them volunteer their time with us to take the doctors from island to island, berthing them on board and looking after them, whilst the doctors provide medical services on the islands," he said.

Despite aid assistance from Australia, New Zealand, France and the United States to build an efficient health care system, according to Sea Mercy, Fiji's remote island communities are still missing out on basic services.

"It's not from a lack of will from nations in the South Pacific, but it's just that these island communities are so spread out, and resources are very low, so governments tend to concentrate their services in the main towns and cities. People out in the periphery get left behind," Skeggs explained.

"Over the past six years, we've helped around 25,000 patients, and now we're looking at non-communicable disease testing for illnesses like Type 2 diabetes and rheumatic heart disease. Left untreated or undiagnosed, these diseases have huge long-term health implications. It's something that we in the first world don't really think about, but here in Fiji, we have a lot of problems like these." 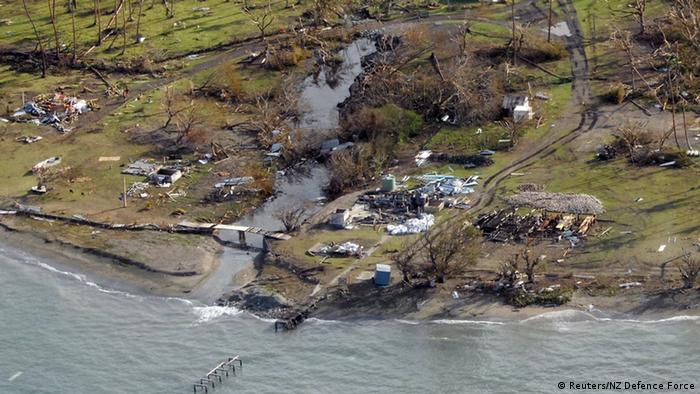 Remote Fijian villages were devastated by the 2016 cyclone

Outside of cyclone season, Skeggs and his crew are also developing a plan to provide the outer islands with skills and knowledge in agriculture, so that locals can grow and sell their own produce - alongside building a mother ship vessel called Sea Bridge One, which will supply the South Pacific with a permanent floating health care clinic.

"It's very important for us to upskill locals, so we're not just coming in and doing things for them; we're coming in to assist them to rebuild their own lives.

"Our Remote Island Soil Education program is an effort to holistically look at the lifestyles of people out in the outer islands, and to help them get back to their roots through farming and aquaponics. Having a mother ship vessel will help us grow our programs as well as provide a centralized base during natural disasters."

Yet, despite the ongoing and increasing threat of natural disasters, Skeggs' resolve to help these remote island communities remains steadfast.

"I've loved the Pacific since I was a young kid. It's such a beautiful place, with beautiful people. I want to do everything I can to help."

Paris Agreement without the US: Island states 'may have to abandon their territories'

People living on Australia's tropical northeast coast are assessing the damage left by a cyclone which has battered the region. Tens of thousands of homes are without power and some areas are still completely cut off. (29.03.2017)