The EU is Cuba's most important economic partner, the bloc’s senior diplomat Mogherini has said. With the US stepping back on détente and President Raul Castro expected to retire soon, the door is ajar for the EU. 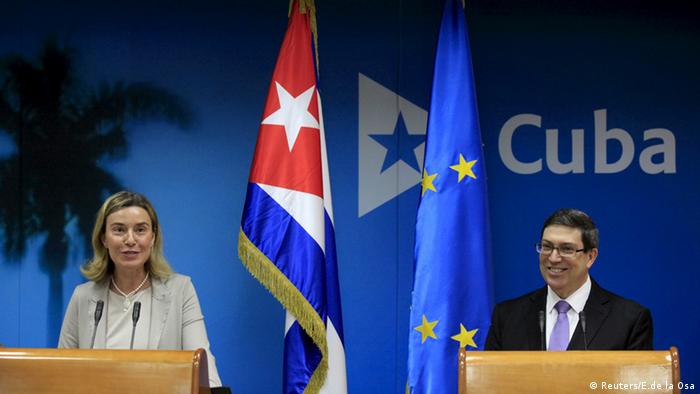 On a two-day visit to Havana, EU foreign policy chief Federica Mogherini said on Thursday that the Political Dialogue and Cooperation Agreement — the first of its kind between the EU and Cuba — signed by Brussels and Havana offered a fresh start for bilateral relations.

Mogherini said the EU is a "predictable and solid" partner that can help Cuba manage its political transition and economic opening.

"We are consistent and we do not have unpredictability in our policies or sudden shifts," Mogherini said, an indirect swipe at US President Donald Trump's reversal of elements of his predecessor Barack Obama's opening with Cuba.

As the United States and Cuba eased relations in 2015-2016, the EU dropped its sanctions on Cuba.

Since Trump took office last year, the US has made it  more difficult for Americans to visit Cuba and there have been limits imposed on US-Cuba business transactions. 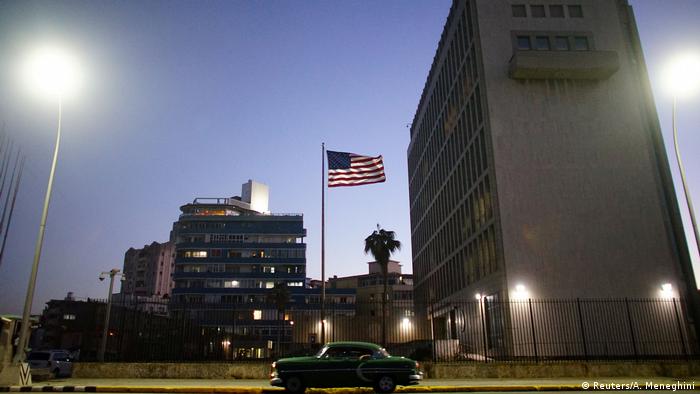 Havana on board with Brussels

"We are totally prepared to move forward based on a new bilateral agreement that entered into force in November," Cuban Foreign Minister Bruno Rodriguez said on Thursday.

"The agreement is a sign of goodwill and mutual respect that will allow us to move forward [...] beyond differences," he added.

Until 2015, EU-Cuba relations were governed by the common position of 1996, in which Brussels demanded more respect for human rights and a transition from a one-party state to a pluralistic democracy. 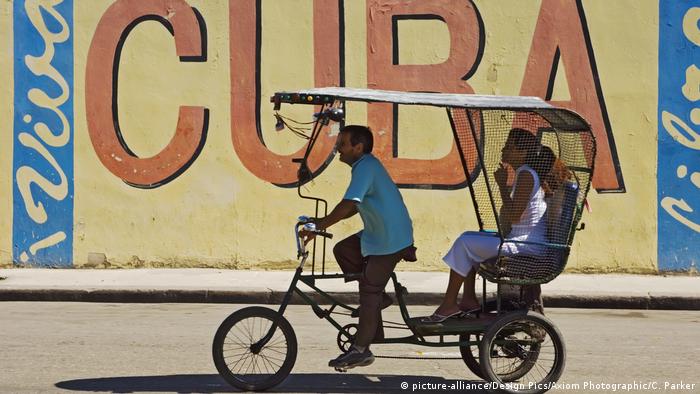 "The EU has become Cuba's first trade partner and was already the first in investment and development cooperation [...] which means it is possible to increase the level of economic relations and investments," she said.

A delegation from the European Investment Bank would visit Cuba later this month, she added, noting that cooperation agreements in renewable energy, sustainable agriculture, culture and expertise worth €49 million ($59.1 million) would be signed in the near future.

Mogherini and Rodriguez will hold the first joint cooperation meeting between the EU and Cuba in February in Brussels, Mogherini said.

Cubans are beginning a week of vigils to mark one year since revolutionary leader Fidel Castro died. The anniversary comes on the eve of an election cycle that will see his brother, Raul, step down as president. (25.11.2017)

Cuba's legislative body has extended its term to April of 2018, delaying President Raul Castro's historic transfer of power. The aging leader's departure will mark the end of six decades of rule under the Castro family. (21.12.2017)

The EU and Cuba have held a third round of negotiations aimed at improving relations. The two-day talks end Thursday, focusing on trade and human rights. (05.03.2015)