The highest labor court in Germany based the case on an ECJ ruling that religious affiliation can not be a prerequisite for employment. A woman in Berlin had taken her case to court. 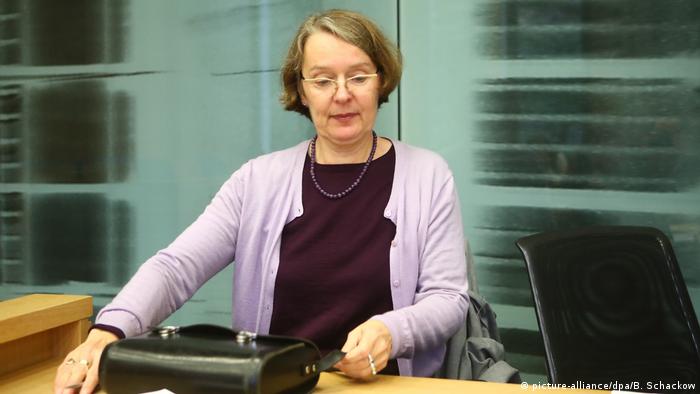 Germany's Federal Labor Court (BAG) on Thursday ruled that churches and institutions linked to them may not make religious affiliation a prerequisite for employment.

The court in Erfurt ruled in favor of Berlin resident Vera Egenberger who claimed she failed to get an interview because she was not a member of a church. She was granted €4,000 ($4,543) in damages.

In 2012, Egenberger applied for a job being offered by the Protestant charitable organization Diakonie. The organization listed church affiliation as a requirement for a job which involved writing a report on the implementation of measures adopted by a German anti-racism campaign.

Egenberger claims she was discriminated against because she did not declare any church affiliation. Although she was one of 38 applicants, she was not among the four granted interviews. She sued for €9,800 in damages in 2013.

Despite arguments by church representatives that Egenberger did not possess the academic degree required for the position and that the decision was not made "arbitrarily," the court still ruled in her favor.

The German court based its decision on a European Court of Justice (ECJ) ruling handed down in April.

The ECJ found that although church organizations could rightly demand that potential employees show church affiliation for positions in which it was absolutely pertinent, it could not do so in all cases.

The ECJ ruled that it was important that church organizations be subject to government oversight regarding employment practices.

Although the ECJ granted church employers the right to determine their own ethics and basic fundamental beliefs, it ruled that courts must decide whether those guidelines were "crucial, legal and justified."

The Erfurt court ruled that the church's ethics would not have been compromised by hiring Egenberger.

Church organizations argued the church must be allowed to "fulfill its obligations from a Christian perspective."

At its core, the case before the labor court was about determining the balance between church autonomy in Germany and protection against discrimination on grounds of religious affiliation.

The Protestant Diakonie and its Catholic counterpart Caritas employ about a million people in Germany. The figures do not specify full-time, part-time or voluntary posts.