Fears that Egypt is on the way to theocracy | World | Breaking news and perspectives from around the globe | DW | 27.11.2012

Fears that Egypt is on the way to theocracy

Egypt’s constituent assembly is in crisis: Several of its non-Islamist members have withdrawn in protest over what they say are attempts by the Muslim Brotherhood and the Salafists to establish an Islamist state. 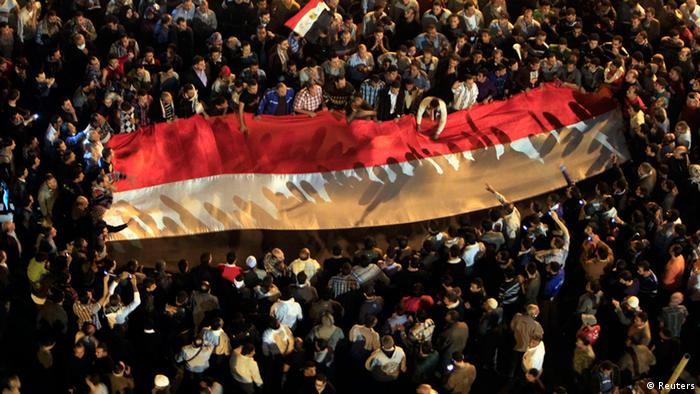 It's not just on the streets that Egypt's Islamists and secular-minded groups are clashing. Their different views on the country's future are also being reflected in a dispute over the constituent assembly, which is charged with drafting a new constitution. In the past few weeks almost all the non-Islamists have withdrawn from the assembly. Even the delegates of the country's three main churches have left, in a protest at what they see as domination of the assembly by the Muslim Brotherhood and the Salafists. 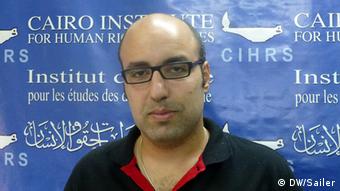 Zaraa fears the Islamists could push their views on the constitution

Mohamed Zaraa is project manager at the Cairo Institute for Human Rights. Besides the Islamists, he says, there are now only delegates of the police and the military left in the assembly: "This will surely compromise the legitimacy of the constitution. However, judging by the statements made by the assembly chairman, the Muslim Brotherhood seems to still be working on the constitution."

One of the reasons behind the recent resignations was the time pressure put on the body to finish the drafting. President Mohammed Morsi's latest decree may have given the assembly two more months to complete its work, but a return of the non-Islamists to the body seems unlikely, since the decree not only grants Morsi dictatorial powers, it also stops the courts from dissolving the assembly, thus making it immune to legal challenge.

Controversy over the interpretation of Shariah

But there were more reasons for the resignations. Mohammed Zaraa reports that on October 22 a draft constitution was published which was unknown to most non-Islamist members of the assembly. "It seems that there are some people who are working in secret. The drafting is not only taking place in the constituent assembly. There seem to be other players besides the assembly members." The suspicion has fallen on the Islamist organizations. 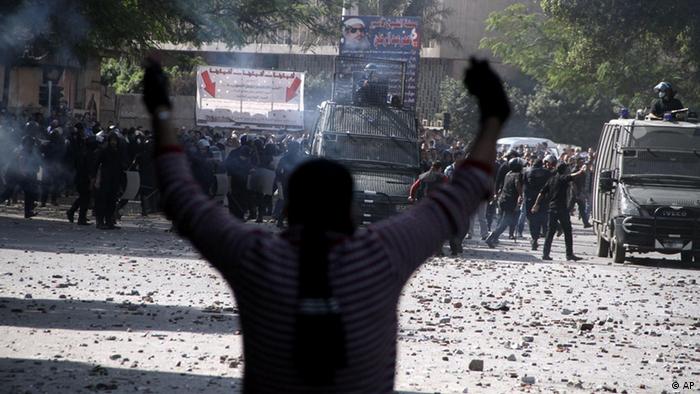 Morsi's controversial decree has led to new protests in Egypt

But the main differences of opinion are related to the future role of Shariah - or Islamic law - in the constitution. The current draft constitution states that "the principles of Shariah" represent the foundation of the legislation. The Salafists had originally demanded the direct implementation of Shariah and not only of its "principles." This would have allowed, for instance, the introduction of punishments such as stoning for adultery. Under pressure from the Salafists, an additional article was integrated explaining in more detail the concept of "principles."

Mohamed Zaraa explains the consequences of the new article as follows: "Koran interpretations will be used which are roughly one thousand years old. That will transform our civilian state into an Islamic one."

A religious institution above the law?

This concern is shared by both the former speaker of the constituent assembly, Walid Abdel Maguid, and the church delegates who have resigned. The ruling Islamists will likely be able to implement the paragraphs on Shariah - while former ruler Hosni Mubarak also included the "principles of Shariah" in the constitution, he only did so to give it religious legitimacy. 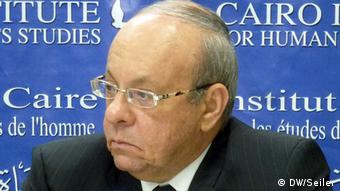 Walid Abdel Maguid was speaker of the constituent assembly

According to Mohammed Zaraa, it is up to the Al-Azhar University to decide whether a piece of legislation is in line with Shariah. The university is regarded as the highest authority for interpreting Sunni Islamic law and that would mean that a religious institution would stand above the democratically elected parliament. "When Al-Azhar says that a law is not compatible with Shariah, and Shariah is the main judicial foundation in the country, then that law will be regarded as unconstitutional and not be passed by parliament." The Muslim Brotherhood denies there will be any such link.

The current draft constitution contains further sections pointing to the possibility of an Islamic state. In Saudi Arabia there is, for instance, a powerful religious police charged with ensuring compliance with Islamic moral values. For Wahid Abdel Maguid, the Egyptian draft constitution runs a risk of moving in the same direction. According to the former speaker, "One of the most alarming proposals is one which would open the way for the establishment of 'groups to prevent immorality.'"

In the light of such provisions, it is not surprising that the non-Islamists have withdrawn from the assembly. The distrust towards the Muslim Brotherhood and the Salafists has increased even further with Morsi's decree giving him dictatorial power. The liberal, leftist and secular-minded groups in the country are convinced that the Islamists' only aim is to increase their power.

Disappointed with the pace of post-revolutionary reforms, tens of thousands of people gathered in Tahrir Square to express their discontent with President Morsi. Many of the protesters once supported the president. (24.11.2012)

After his diplomatic success in Gaza, President Mohammed Morsi has begun to move against the judiciary and expand his power in Egypt, all with the support of the military. The opposition has taken to the streets. (24.11.2012)

Dire economic circumstances and decades of neglect under Mubarak have turned Egypt's Sinai into a breeding ground for criminals and radical Islamists. So far, the authorities have failed to deal with the problem. (14.11.2012)

Demands rising for Morsi to bring justice to Egypt

With a general amnesty for revolutionaries and moves to replace the prosecutor general, Egyptian President Mohammed Morsi is trying to reposition himself as a promoter of human rights. But doubts remain. (13.10.2012)