Fears of sectarian violence mount in Egypt after deadly church attack | World| Breaking news and perspectives from around the globe | DW | 02.01.2011

Hundreds of Christians took to the streets of Alexandria, Egypt, to vent their anger over a deadly church bombing on New Year's Day. Observers say the attack may have been intended to spark a civil war. 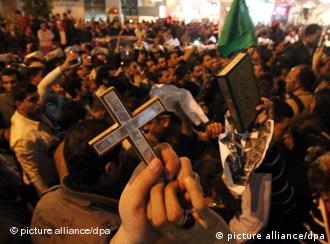 Egyptian Christians were outraged by the attack

Egyptian Christians prayed Sunday at a church in Alexandria that was targeted by a suicide bomber who killed 21 people on New Year's Day. Outside the church, protesters clashed with police and refused to accept official condolences for the attack.

"With our soul and our blood we will redeem the Holy Cross," the grieving congregation chanted at the Coptic Al-Qiddissin Church, on the facade of which bloodstains from Saturday's attack were still visible.

There was no immediate claim of responsibility, but al-Qaeda has called for punishment of Egypt's Coptic Christians and made claims that two priests' wives who converted to Islam were being held by against their will.

Egyptian security officials said on Sunday that investigations were focusing on a local group of Islamic hardliners that is inspired by but not linked to al-Qaeda.

At least 5,000 people attended funerals late on Saturday for the victims at a monastery outside Alexandria, where crowds of mourners shouted slogans directed at Egyptian officials whom they blame for failing to protect them from the attack. 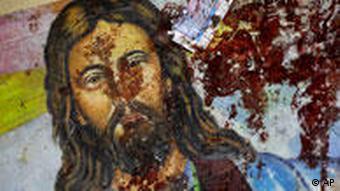 "No, no, no," the crowd shouted as a church official tried to read out condolences from Egyptian President Hosni Mubarak.

Mubarak said the attack bore the hallmark of "foreign hands," and the Egyptian Interior Ministry also blamed "foreign elements" - euphemisms which point to Islamist militants such as al-Qaeda loyalists.

The Egyptian president pledged in televised remarks on Saturday that he would "cut off the head of the snake, confront terrorism and defeat it" and urged Christians and Muslims to unite in the face of a common enemy.

Government and independent newspapers in Cairo warned on Sunday that "civil war" could break out unless Christians and Muslims close ranks.

"Someone wants to make this country explode. We must realize that there is a plot aimed at triggering religious civil war," the pro-government daily Rose el-Yussef said. 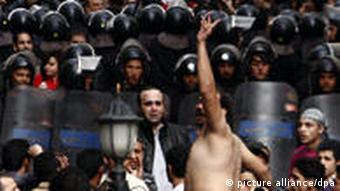 The papers also urged the government to give serious consideration to the plight of the Copts, who account for up to 10 percent of Egypt's 80-million citizens and often complain of discrimination.

The independent daily Al-Masri Al-Yom urged the authorities to take the bull by the horns and look beyond the security implications of Saturday's bombing, including at the political, social and cultural aspects.

"We should not hide our heads in the sand," the paper wrote. "Some say that foreign hands are probably behind this crime. But we believe that if the national fabric is solid enough, no foreign faction could set the fire in our midst."

Leaders around the world on Sunday condemned the deadly attack, with Pope Benedict XVI urging the international community to defend Christians against abuse. 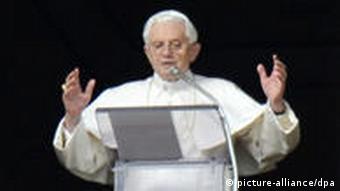 Pope Benedict called the attack a cowardly gesture of death

"This cowardly gesture of death, like that in which bombs were left near the homes of Christians in Iraq to force them to leave, is an offence against God and all humanity," Benedict said on Sunday in St. Peter's Square.

US President Barack Obama denounced the bombing as a "barbaric and heinous act." French Prime Minister Francois Fillon, on a private visit in the southern Egyptian city of Aswan, said on Sunday that he prayed for the souls of the victims.

The World Council of Churches (WCC) condemned "the vicious attack" and called for "proactive engagement in dialogue and partnership between Christians and Muslims in Egypt."

An apparent Islamist suicide bombing has killed 21 people, and injured dozens more, in Alexandria, Egypt. The EU's top diplomat and Germany's foreign minister condemned the attack on a church during Mass. (01.01.2011)