Fears for safety of German hostage in Nigeria

Boko Haram is threatening to kill a German hostage, a teacher engaged in development work in northeastern Nigeria. Some local people want to search for him themselves rather than rely on the army or police. 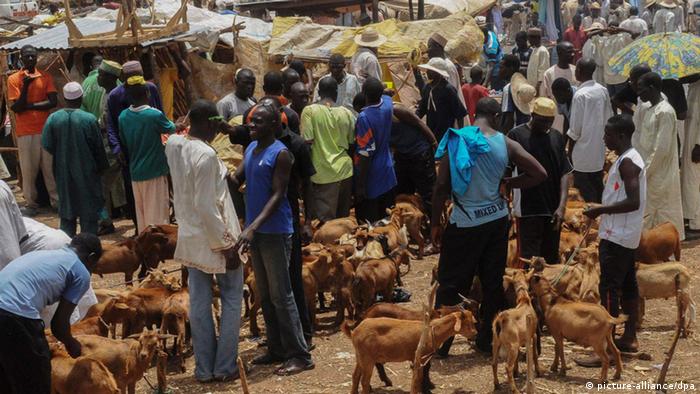 The town of Mubi was recently seized by Boko Haram

"Don't you know we are still holding your German hostage" taunted Boko Haram leader Abubakar Shekau in his latest video, confirming what many had already feared. A German teacher, referred to in the German media as Eberhard N, was seized in front of his house in the small town of Gombi in northeastern Nigeria by unknown assailants on 16 July 2014. He is believed to be the hostage referred to by Shekau.

Gombi is just an hour's drive away from Mubi, a university town of 100,000 inhabitants which was captured by Boko Haram a few days ago. 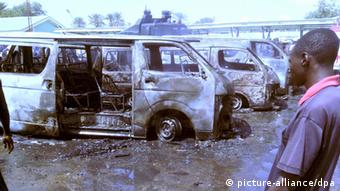 In his video, Shekau said Boko Haram could "hack the German to pieces or shoot him." The militant Islamist sect recently demonstrated that it is quite capable of carrying out such threats when it released a video showing the decapitation of a man who was allegedly a pilot from the Nigerian armed forces.

Colleagues of the German hostage were shocked by the news of his kidnapping. Eberhard N was the chief instructor on a training scheme run by the Nigerian federal state of Adamawa.

There were also other Germans working on this development project, but they left the country shortly after the seizure of their colleague. A Nigerian source familiar with the milieu of the kidnap victim told Deutsche Welle it was apparent that Boko Haram was behind the kidnapping before the release of this latest video. 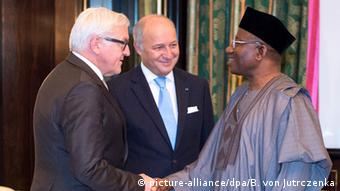 The source, who wishes to remain anonymous, said there had been a phone call from Cameroon a few weeks ago. "A man claimed he was a member of Boko Haram and said that they were holding the German captive," he added.

It has been known for some time that Boko Haram militants withdraw to hideouts in neighboring Cameroon after mounting attacks in Nigeria. The caller was asked to furnish proof that the German was in their captivity and still alive, but he failed to call back.

The Nigeria source also expressed bewilderment at the response of the Nigerian security forces to the kidnapping. He did not get the impression that they were trying very hard to find the German. A policeman, who was responsible for the German's security in Gombi, failed to turn up for work on the day of the kidnapping, according to one of the German's former colleagues. 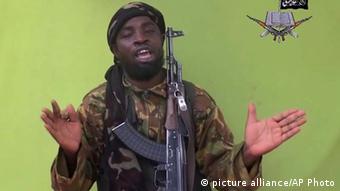 German Foreign Minister Frank Walter Steinmeier visited Nigeria a week ago. He told Deutsche Welle there was no new information about the case.

A group of local people have decided to go and search for the missing German themselves rather than relying on the efforts of the Nigerian police and army. "They know the region better than anybody else," the Nigerian source told Deutsche Welle. The Sambisa Forest near the border to Cameroon is known to be a notorious Boko Haram stronghold. "Mr N did a lot of good in the neighborhood. Residents of Gombi and the surrounding area really liked him," the source said. Many local people are prepared to join the search for the missing German, despite the risks.

A man claiming to be the leader of Nigeria's extremist Boko Haram group has denied agreeing to a truce with the government. He also said more than 200 abducted schoolgirls had been married off. (01.11.2014)

Militant group Boko Haram is reportedly holding a German hostage who was kidnapped in July. The group's leader has also claimed that a report of a ceasefire with the Nigerian government was a "lie." (01.11.2014)

Gunmen are reported to have shot dead a German man and kidnapped another. The two men were working for the construction company Julius Berger when their vehicles came under fire. (27.10.2014)