World-famous Austrian writer Stefan Zweig fled the rise of the Nazis - but exile in Brazil brought him no happiness. In 1942, he took his own life. A new film looks back at his life - and ahead to the present.

It's always best to be cautious when equating films that portray historical events with the present day, as every historical event is different. But when director Maria Schrader and her co-screenwriter Jan Schomburg began working on their script on the life of exiled Austrian author Stefan Zweig back in 2011, they had no idea that flight and displacement would once again be leading the news in Europe in 2016. 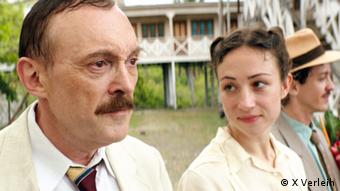 Even today, Schrader is still surprised by the relevance of her new film.

"If you read the accounts written by Friderike Zweig [Stefan Zweig's first wife - ed.], where she writes about standing at the Marseille docks with thousands of people all fleeing war and persecution, then you view the people on the other side of the Mediterranean, who are risking their lives to cross the sea in the opposite direction but with similar reasons, in a different, much broader context," she says.

"It's pure chance, luck, that we live in a part of the world where we don't need to flee," adds Schomburg. By looking at the life of Zweig, Schomburg says our views on the issues become "at the same time more abstract and more concrete." More abstract, because we understand that these mass migrations have always been a tragic part of human history; more concrete because the viewer is able to identify with refugees in a completely different way.

Between hope and despair 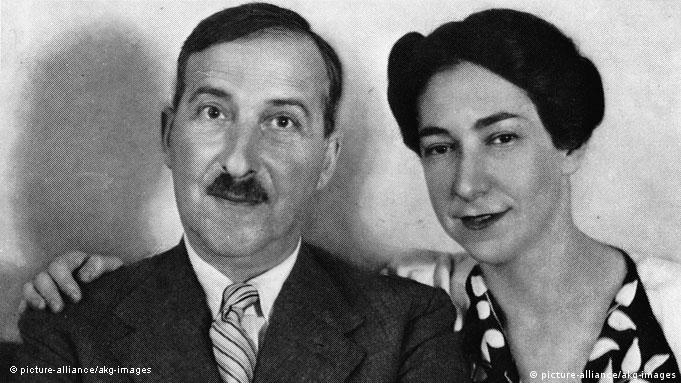 The film is divided into six episodes from different points in his life that take place in Brazil, Argentina and the US - and show a man living between hope and despair, between gratitude for his acceptance in his new home and the simultaneous realization that his second home couldn't ever replace his first.

Zweig was a sophisticate who, even in his most terrible hours of despair away from his beloved homeland of Austria, did not allow himself to give in to hateful tirades against Germany and his fatherland.

"Zweig was someone who refused to take the simplistic view, someone whose creative impulses grew out of an enthusiasm for people and ideas," says Schrader. The tragedy came from the fact that this "highly sensitive master of all the different shades of gray" found himself living in a time "in which only black and white existed, in which differentiation was becoming increasingly impossible."

This contradiction is evident in the film. In a scene set in Buenos Aires during an international literary conference by PEN International, Zweig - the guest of honor - is urged by many participants to deliver a strong, clear condemnation of the Hitler regime. "I will not speak out against Germany," he says. "I would never speak out against a country. And I will make no exceptions."

Zweig also criticizes the media coverage of the conference, "the newspapers that follow me from morning to night with photographs and stories [...] This carnival disgusts me." 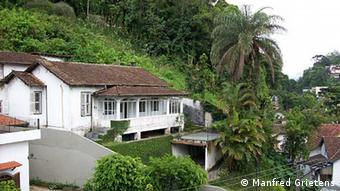 Change of heart for Thomas Mann

After Zweig's 1942 suicide, a second major German exile author of the time, Thomas Mann, struggled to understand his death. A decade after Zweig's suicide, Mann confessed that he now felt differently.

"I confess that I have struggled with the departed over his deed, which I saw as a desertion of all us emigrants who shared the same fate, something of a triumph for the German rulers who saw in the detestable event the fall of a particularly prominent victim," he recalled in 1952.

"I have since learned to think otherwise, and begun to think differently about his departure."

Mann said he understood how deeply Zweig was rooted in his homeland, how his entire existence depended on that connection. He appreciated "how little it shamed him to not want to go on living in a world full of hate, hostile isolation and brutal fear that still surrounds us today."

Escaped from war - but not free

Zweig "escaped the war and was still haunted by it," says Schrader. And though it can't be compared, the situation of the Syrian refugees in Germany, who have fled strife and civil war only to arrive in Europe where refugee homes regularly go up in flames, the fear is somewhat understandable.

Zweig was warmly welcomed in Brazil; his existence wasn't threatened there. The horror of the his loss of a homeland, however, continued to plague him for the rest of his life.

PEN stands for the freedom of the written word. But in Germany, the once eminent authors' circle has lost the public's interest. Here the new PEN Germany president, Austrian author Josef Haslinger, shares his vision. (07.05.2013)