Far-right EU lawmakers ordered to repay more than €500,000 in expenses

Hundreds of Christmas presents costing €100 each and dinners at more than €400 per head. EU auditors are demanding that expenses racked up by MEPs from the Europe of Nations and Freedom (ENF) group be repaid. 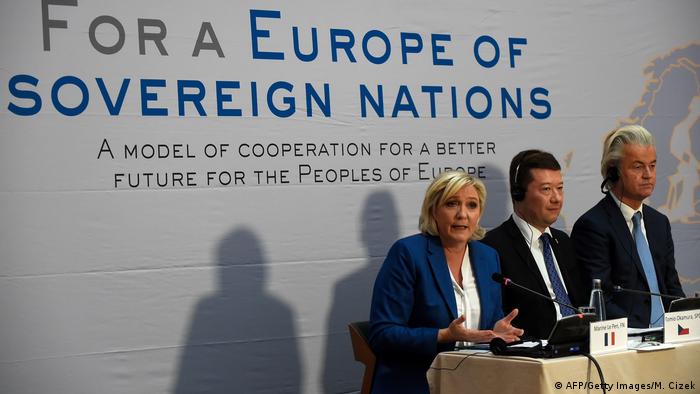 European Parliament President Antonio Tajani has ordered a group of 35 far-right lawmakers to pay back more than half a million euros ($581,000) of taxpayer funds that the group spent on expensive champagne, dinners and Christmas presents.

Parliamentary auditors found that lawmakers from the Europe of Nations and Freedom (ENF) group spent €478,000 in unjustified expenses in 2016.

This included more than 230 bottles of champagne, 110 Christmas presents at €100 each, a Christmas meal for 140 people that totaled more than €13,500, and an outing to an upscale Parisian restaurant that cost more than €440 per person.

Another set meal for two at a Paris restaurant, costing €401 per head, was reportedly a tete-a-tete between Marine Le Pen and Italian League leader Matteo Salvini, according to French weekly Le Canard Enchaine.

The ENF is to reimburse the parliament using some of the €3.25 million it will receive in EU funds for 2018. The parliament has already frozen €600,000 to ensure it receives the payment.

Lawmakers from France's National Rally, formerly known as the National Front (FN), were subject to a separate audit in 2017 over abuse of funds by the party's parliamentary assistants.