Wrapped in mystery, the Dau project will have its visitors go through a replica of the Berlin Wall to discover what Russian filmmaker Ilya Khrzhanovsky has made out of "the most insane film shoot of all time." 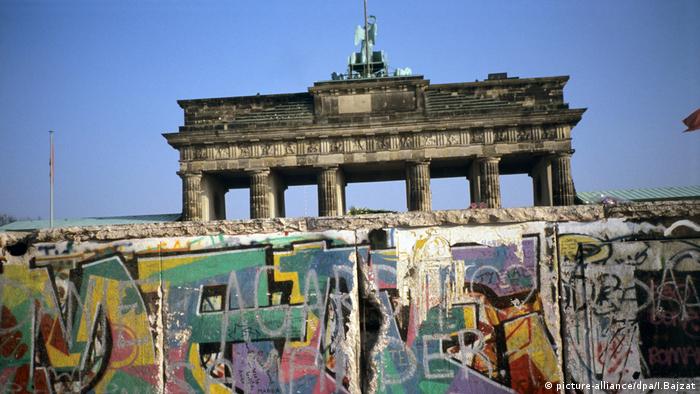 If all city authorities involved green-light the project, a replica of the Berlin Wall will from October 12 to November 9 block an area surrounding Berlin's central boulevard Unter den Linden, well known to tourists for its numerous historical landmarks.

On Tuesday the Berliner Festspiele, organizers of the event, revealed snippets of a project known as Dau: Freedom, in which extreme performance artist Marina Abramović and filmmaker Tom Tykwer  are involved. 'The most insane film shoot of all time'

However, the most intriguing aspect of the project is that it is to showcase an already legendary experiment by Russian filmmaker Ilya Khrzhanovsky.

A decade ago, the director recreated a closed Stalinist society in Kharkov, a city of 1.4 million in the east of Ukraine. Participants interrupted their own lives to spend two years living in the 12,000-square-meter fake city. They were to dress and behave according to the strict rules of the community where a Soviet-era totalitarian regime was recreated.

Some 700 hours of footage were collected through the experiment; 13 feature films as well as several series were reportedly made out of the material. It seems this could be the first opportunity for the general public to finally get a glimpse.

In a long-form article for GQ magazine in 2011, journalist Michael Idov wrote about the project, which was rumored to be "the most expansive, complicated, all-consuming film project ever attempted." Idov depicted the director as "a mix of the lofty and the louche." The Telegraph described his project as "the most insane film shoot of all time."

Khrzhanovsky based his original project Dau on the story of Nobel Prize-winning physicist Lev Landau, whose life was filled with stories of sexual experiments, periods of psychiatric hospitalization and a dramatic car crash. 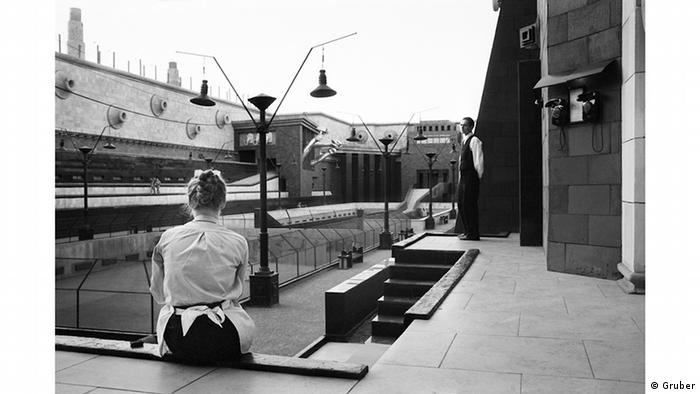 A photo from the film set in Kharkov, which was known as the "Institute"

To gain access to the fake Berlin Wall site, visitors are to register for a "visa" costing €15 ($17.50). Yet the project is not to be "a Disneyfied version of East Berlin," Berliner Festspiele organizer Thomas Oberender said at the press conference.

The Kronprinzenpalais on the Unter den Linden boulevard is to serve as a key location for the project; organizers of the event are however still negotiating with the managers of the building.

The costs of the Berlin project are estimated at €6.6 million. According to newspaper Tagesspiegel, a main backer of Dau is multimillionaire businessman and philanthropist Sergey Adoniev, reportedly close to Putin's circle, which adds to the controversy of rebuilding the Berlin Wall in the German capital.

The wall is to come down on November 9, on the anniversary of the fall of the real Berlin Wall in 1989. It is then to move on to Paris and London for cycles titled Fraternity and Equality.

Radical and controversial artist Marina Abramovic is a cult figure in the art world. The retrospective "The Cleaner," on show at Bonn's Bundeskunsthalle museum, showcases works from all periods of her career. (20.04.2018)