Families struggle with aftermath of Soma

Shock and anger have gripped families across Turkey following the deaths of 301 workers at a mine in the country's west. The tragedy has overwhelmed the Girgins, who lost Muhammed, a son, brother and soon-to-be father. 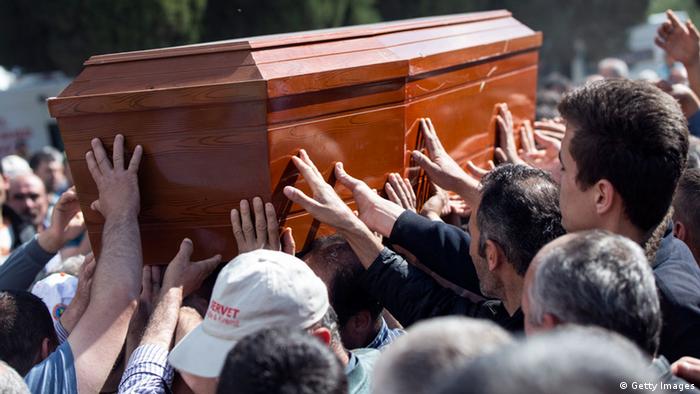 Turkey is in a deep state of mourning. You don't have to be Turkish to feel the immensity of anguish and anger this country is harboring. Just ask Muharrem Girgin, one of the 301 fathers who lost their sons in the Soma mine last week.

Twenty-seven-year-old Muhammed Girgin had been working at the coalmine in the province of Manisa for the last five years to help support his parents, sister and wife. The couple was preparing for the birth of his first child, a boy, next month.

Yet ironically, they all knew he would die in that mine.

"The workers were saying it's going to happen one day to us," recounts his father, Muharrem Girgin. "During the last 13 days, there had been a gas leak. Even the night before the explosion, Muhammed told us he believed something was wrong. But the supervisor decided to continue working."

Fighting tears, Muhammed's younger sister Sumeyra tries to describe the conditions her brother said he was working in.

"My brother told me, 'We crawl inside the mine.' I used to ask him, 'Why are there bruises and wounds on your back?' He would tell me: 'If only you saw the conditions we work in, you'd know the bread that you eat is sacred.'" 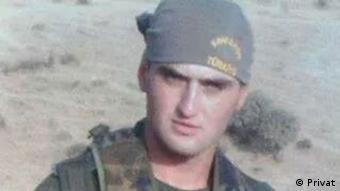 Muhammed Girgin had complained about unsafe conditions at the mine

Relatives and neighbors gathered in the small courtyard of the Girgin very modest stone house in Manisa province to mourn.

Money was always tight for the Girgin family, and Muhammed was the sole breadwinner. He earned the average monthly wage for a miner, 1,000 Turkish lira a month, roughly 345 euros.

The Girgin family is convinced negligence was behind Muhammed's death.

Just after 3 p.m. on the afternoon of May 13, a fire started deep in the mine, knocking out power and shutting down the ventilation shafts and elevators, trapping hundreds of workers more than two kilometers underground. The cause of the fire is being investigated.

While the Soma coalmine is technically owned by the state, in 2005 it was leased to the Soma Coal Mine Company, which is being accused of ignoring safety for profit. At a press conference following the incident, the company rejected all allegation of fault.

"There is no negligence of ours in this incident," Akin Celik, the plant manager, said. "We all worked heart and soul. I haven't seen an event like this in the last 20 years. I have worked as a mine engineer for 20 years and 15 years for workers' safety. We are a company that will not allow any harm to come to our miners."

Even so, Sumeyra Girgin blames the company for the disaster.

"It was negligence," she says. "It happened over a very little amount of money, money rich people used to pamper their asses."

Further investigations have revealed that adequate emergency compartments, called "life chambers," and gas masks were not available to the miners, and that warnings of high carbon-monoxide levels had been ignored. 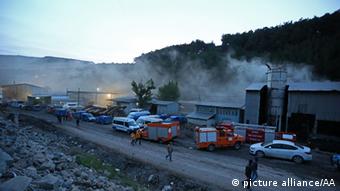 Conditions at the mine were dangerous even before the disaster, says Sumeyra Girgin

Yet, Turkey's ruling AK Party says the Soma mine had passed all 11 safety inspections carried out over the past five years, prompting more questions about the safety standards in the country's primary energy producing industry.

Turkey's mining safety record is poor. With more than 1,300 deaths since the year 2000, harsh questions are being directed towards the AK Party for privatizing much of the mining sector.

Prime Minister Recep Tayyip Erdogan has also been accused of acting insensitively, comparing the Soma mining tragedy to 19th century mining accidents in Britain. Furthermore, pictures of one of his aids kicking a protester have done little to appease an angry public.

Dozens of people have been questioned in relation to the disaster, while eight have been arrested on charges of negligence causing multiple deaths, including the coal mining company's chief executive and general manager.

The arrests are little consolation for families who have lost loved ones.

"We expect nothing from the government," says Muharrem Girgin.

Sumeyra describes the carelessness with which her brother's belongings were returned to her: "His yellow boots were all black, his trousers were cut. They put everything in a plastic bag and sent it to us. We are worth nothing more than a garbage bag."