Fake COVID-19 vaccines emerge in Mexico and Poland | Europe| News and current affairs from around the continent | DW | 26.04.2021

Authorities have discovered counterfeit versions of COVID-19 vaccines. The manufacturer Pfizer has identified fake doses of a substance sold under the company's brand in Poland and Mexico. 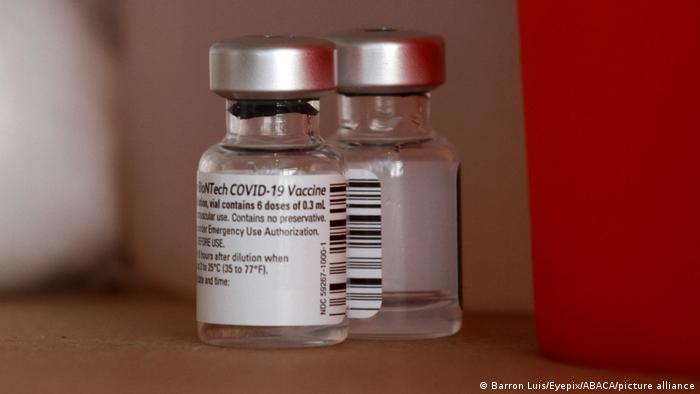 It is a horror scenario. People who trust that they are finally getting a longed-for COVID-19 vaccine and have perhaps paid a lot of money for it end up with: nothing, an ineffective substance, a fake.

The global vaccination campaign, which includes the German-US BioNTech-Pfizer vaccine is picking up speed. It is also apparently attracting fraudsters out to profit from the great demand for the small vials. The US manufacturer Pfizer has confirmed at least two counterfeit versions of its vaccine. The substances in question come from Mexico and Poland. 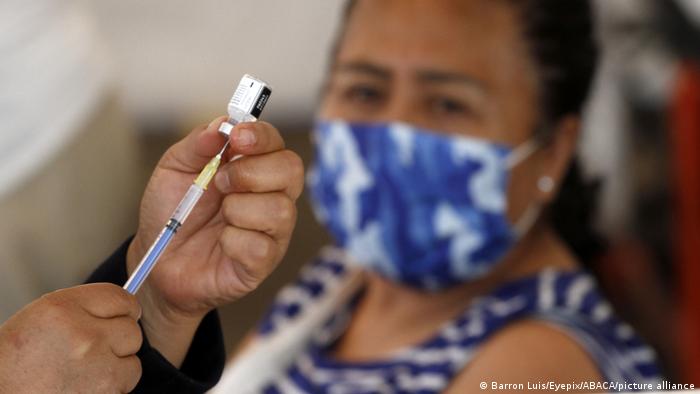 A woman in Mexico is vaccinated with the BioNTech-Pfizer jab

In Mexico, doses with fake labels were identified only after they had been administered to 80 patients in a clinic, according to The Wall Street Journal. No one was harmed by what was an ineffective substance. The vials had attracted attention because they were stored in unusually brightly colored coolers and had different serial numbers than those officially sold to the state — as well as a different expiration date. Tests at Pfizer confirmed the substance as counterfeit.

The scam does not come as a surprise for Lev Kubiak, Pfizer's head of global security. "We have a very limited supply, a supply that will increase as we ramp up and other companies enter the vaccine space. In the interim, there is a perfect opportunity for criminals," he told the newspaper.

There has apparently been at least one case of counterfeit vaccine showing up in the EU, too: in Poland. The European Commission has signed contracts with Pfizer to supply the bloc with 250 million doses in the second quarter of 2021 alone. By 2023, the European Union plans to buy 1.8 billion doses of the vaccine, which was developed in the German city of Mainz.

A 26-year-old man was arrested in connection with counterfeit vaccine in the city of Katowice at the end of January, according to Poland's Polsat broadcaster. The man had offered for sale on the darknet fake certificates for negative PCR tests and vials he claimed contained the BioNTech-Pfizer vaccine.

A Polsat investigative team bought a few doses, the Katowice prosecutor's office submitted them to the manufacturer for analysis, and Pfizer identified the substance as fake: The main ingredient turned out to be an anti-wrinkle agent. The doses were not administered to anyone.

Health Minister Adam Niedzielski does not see a problem that could seriously jeopardize Poland's vaccination campaign. "The risk of a counterfeit dose entering official circulation is practically nonexistent," he told reporters at a press conference, adding that the state purchases and distributes the vaccine "and all certified products are delivered directly to vaccination centers." 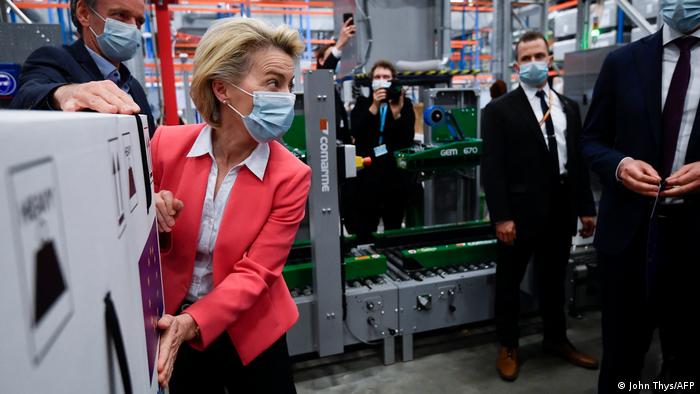 Niedzielski more likely fears that news of fake vaccines could undermine months of government efforts to build confidence in vaccines. On its website, the government regularly sets the population straight concerning fake news in connection with COVID-19 vaccinations.

Poland's campaign is going smoothly: More than 10 million doses have been administered, and over 2 million of the 38 million citizens have complete protection. Under the hashtag #szczepimySie ("we're getting vaccinated"), the government uses social media to encourage Poles to get their jabs. On Saturday, Prime Minister Mateusz Morawiecki got his first jab — an event he celebrated with a selfie showing him with his wife, Iwona, in Warsaw's National Stadium, which has been turned into a temporary vaccination center.

The World Health Organization is aware of the problem of counterfeits. At the end of March, WHO Director-General Tedros Adhanom Ghebreyesus warned of vaccine doses that enter the system in any other way than through regular supply channels. Health ministries and regulatory agencies around the world received suspicious offers to supply vaccines, along with reports that "criminal groups" were reusing packaging, he told a press conference. "We urge the secure disposal or destruction of used and empty vaccine vials to prevent them from being reused by criminal groups."

Ghebreyesus urged people not to "buy vaccines outside government-run vaccination programs." Such doses, he said, could be "substandard or falsified, with the potential to cause serious harm."

The EU's drug regulator has been reviewing AstraZeneca's coronavirus vaccine over concerns about a very rare, but potentially fatal side effect.

The Polish government slammed the European Commission's bid to press charges as having "no legal and factual justification."