Kenya's top anti-corruption official has resigned. Philip Kinisu left his post after revelations that his family business had received lucrative tenders from a ministry implicated in graft. 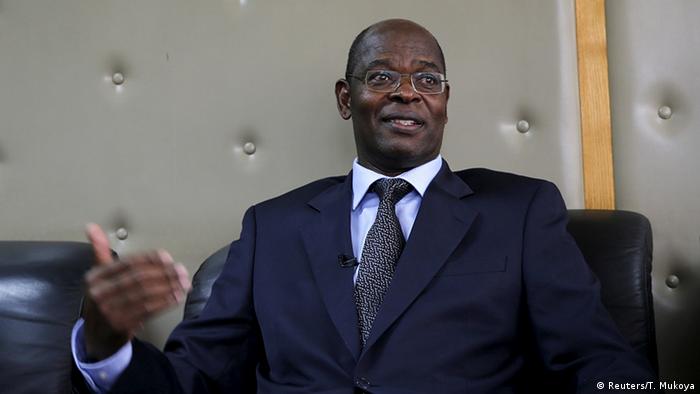 Anti-corruption czar Philip Kinisu resigned as members of parliament prepared to investigate him for links to a scandal at Kenya's National Youth Service. In a statement, Kinisu said the public discussion of his family's business dealings had made it impractical for him to serve as chairman of Kenya's Ethics and Anti-Corruption Commission (EACC). Esaki Limited has won lucrative tenders from the Devolution and Planning Ministry.

"I maintain that the company and I are innocent of the allegations that have been made," Kinisu said in the statement, released late Wednesday. "At the same time, significant resources and attention are being expended by the state and public on deliberating these matters instead of fighting corruption."

Media had received leaks about Kinisu's family business transactions with the Devolution and Planning Ministry months after his appointment as EACC chairman. Kinisu said he resigned from Esaki Limited in 2008, but company records list him as a director as recently as June.

A report by Parliament's Legal and Justice Committee had recommended that the president form a tribunal to investigate Kinisu. Police have not charged the chairman, and his resignation could allow him to avoid the probe.

The resignation bodes well for the ethics commission and the country, said Samuel Kimeu, executive director of the Kenyan chapter of global anti-corruption watchdog Transparency International. "The job requires unquestioned integrity," he wrote on Twitter. The watchdog ranks Kenya among the most corrupt countries in the world: 139 out of 167.

Kenya has marketed itself as a country friendly to foreign businesses. However, its judiciary was implicated in a corruption scandal earlier this year and the country's chief justice was named in the Panama Papers.