US lawmakers have grilled Facebook on its ambitious plan to create a financial ecosystem based on a digital currency called Libra. The project is viewed with skepticism in many countries, including Germany. 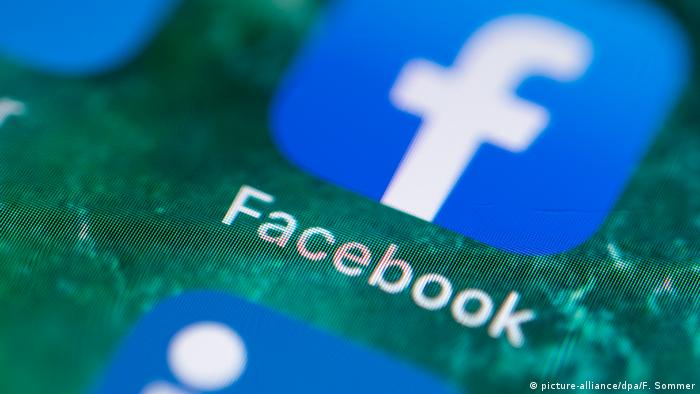 US lawmakers from across the spectrum grilled Facebook on its cryptocurrency plans on Tuesday. The tech giant announced in June that it would roll out a new digital currency — called Libra — from 2020, which could be used for online purchases or by people who have to transfer money across borders and currently pay high fees to do so.

The plan has been met with intense skepticism, not only from data protection activists, but also from politicians and financial regulators. Their skepticism is fueled by by the fear that widespread adoption of the new digital currency by the social media giant's 2.38 billion users could upend the financial system. In recent days, US President Donald Trump and Treasury Secretary Steven Mnuchin have also voiced concerns about the project.

Trump tweeted last week that the new digital currency "will have little standing or dependability." Mnuchin said on Monday: "They're going to have to convince us of very high standards before they have access to the US financial system."

On Tuesday, the Senate Banking Committee questioned David Marcus, Facebook's top executive overseeing the project, on issues ranging from how Libra could affect global monetary policy to how customer data will be handled.

"Facebook has demonstrated through scandal after scandal that it doesn't deserve our trust," Democratic Senator Sherrod Brown, the ranking member of the Senate Banking Committee, said in his opening remarks. "We'd be crazy to give them a chance to let them experiment with people's bank accounts."

Marcus, who was president of PayPal from 2012 to 2014, tried to assuage lawmakers' concerns by promising that Facebook will not begin offering Libra until regulatory issues are addressed.

"We know we need to take the time to get this right," Marcus, who is also due to testify before the House Financial Services Committee on Wednesday, said. Marcus also said that Libra is not meant to compete with bank accounts, and that the digital currency is not an attempt to avoid financial oversight.

Facebook's plan has also stirred concerns in places like Germany. "The issuance of a currency does not belong in the hands of a private company because it is a core feature of a sovereign state," German Finance Minister Olaf Scholz said on Tuesday.

Quoting an internal ministry document, Germany's Bild newspaper had earlier reported that the German government and central bank will look into how to prevent Libra from becoming an alternative to national currencies such as the euro. He also warned it could serve as a "gateway for terror financing and money laundering."

The finance minister of G7 countries are due to discuss the digital currency when they meet near Paris on Wednesday.

Are EU citizens protected enough from US surveillance when Facebook transfers their personal data? The job of answering that question now lies with Europe's top court, despite Facebook's bid to block the case. (09.07.2019)