Facebook transcribed users' audio and passed it on — report

Hundreds of contractors have been hired by Facebook to listen to and transcribe audio recorded from users, according to a Bloomberg report. Some of the contractors reportedly felt their work was "unethical." 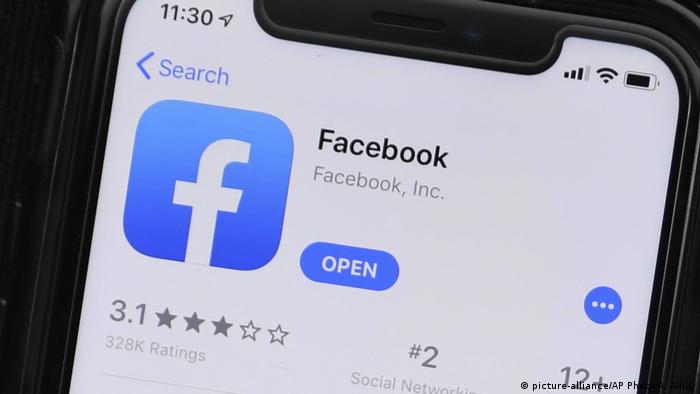 Facebook has tested its transcription tool by having outside contractors listen to audio recordings of its users, US media reported on Tuesday.

The practice, which was reported by Bloomberg, involved the users of Facebook Messenger. The report said the social media giant sent audio of anonymous conversations to at least one California-based company, where human employees would listen to and transcribe it.

Facebook has since said it stopped transcribing the audio recordings. "Much like Apple and Google, we paused human review of audio more than a week ago," the company told Bloomberg on Tuesday.

Facebook has long dismissed rumors that it was listening to users' private conversations in order to target them with ads.

In testimony before Congress last year, the company's CEO, Mark Zuckerberg, called it a "conspiracy theory."

"You're talking about this conspiracy theory that gets passed around that we listen to what's going on on your microphone and use that for ads," he told US lawmakers. "We don't do that."

On Tuesday, Facebook confirmed Bloomberg's report but said the practice only affected users who opted to have their voice chats transcribed.

According to the article, Facebook has never informed users that third parties may review their audio. The company's privacy policy says its "systems automatically process content and communications you and others provide" — but does not mention audio or human teams transcribing it.

When it comes to sharing users' data with third parties, the company refers to "vendors and service providers who support our business," but does not provide details.

The contractors were not told how the audio was recorded or obtained. Facebook also did not tell them why the audio needed to be transcribed, Bloomberg reported.

Some of the employees felt their work was unethical and were rattled by the content, which occasionally contained vulgarity.

The latest report comes after Amazon, Apple and Google all came under criticism for collecting snippets from users' conversations and passing them on to human reviewers. All three digital giants offer their own versions of voice assistants capable of responding to human speech.

Apple and Google have since said they would no longer use human reviewers to improve speech recognition and Amazon said it would let users opt out of the practice.