Lewis Hamilton has secured arguably the most important pole position of the Formula 1 season. His teammate Valtteri Bottas shares the front row, while both Ferrari drivers had another fraught session. 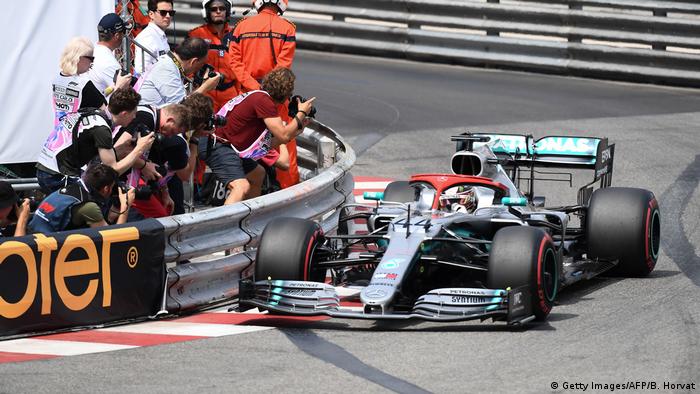 Lewis Hamilton's 1:10.166 lap, a circuit record around the Principality, was quick enough for first on the grid in Monaco. He pipped Valtteri Bottas to top spot. Bottas had put down a quick time early in the final session of qualifying, but Hamilton was able to improve his time on his last fast lap, unlike his competitors.

"I feel amazing, just super grateful," Hamilton said after the session. "All of us drivers take our car, fast or slow, to the limit. And when you're at the limit, it's like wrestling a bull. I had an oversteer moment in the Rascasse, and I just held on. I don't know what the gap is, but I'll take it — it's perfect."

Hamilton leads Bottas by 7 points going into the race; both Mercedes drivers have a large cushion over the chasing pack.

Red Bull's Max Verstappen, again running far quicker than teammate Pierre Gasly, will start the race in third position. Overtaking is notoriously tricky around Monaco's narrow streets, though, so Mercedes have secured a major advantage as they chase a sixth consecutive 1-2 finish on Sunday.

Ferrari had another torrid day. The team's mechanics were working overtime during their lunch break to prepare Sebastian Vettel's car, after the German crashed in the final free practice session on Saturday morning. Vettel thanked the team at the beginning of qualifying for their efforts, but the team's woes were just getting started. 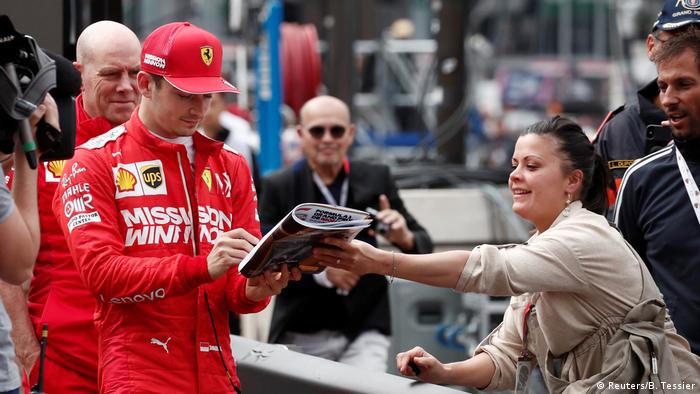 Home favorite Leclerc was the shock early casualty in qualifying

Late in Q1, Vettel came in for an unscheduled stop after again clipping the wall. The team were able to check the car over and send him back out in time for one last chance to improve on his lap. Vettel managed to up his pace and progress, but his teammate Charles Leclerc was watching from the garage at this point, presumably as Ferrari thought he'd done enough. As Vettel and several other midfielders pumped in quicker laps on an improving track, Leclerc was relegated to 16th on the grid; the Monegasque driver will have a torrid time trying to move up the order in front of his home crowd on Sunday.

Vettel ultimately progressed to the final session of qualifying and will start the race from fourth position. His final attempt to challenge for pole was thwarted when he made contact with the barriers in the "Swimming Pool" section of the circuit for the second time in the session.