Explosives and everything else you need to know about Rammstein

The German shock-rockers have launched their world tour with a bang, with frontman Til Lindemann donning an explosive vest at a Vienna concert. Rammstein are headlining top festivals from Moscow to Buenos Aires.

There are tons of unsuspected anecdotes surrounding Rammstein. Although they've been revealed many times already, it's still fun to mention that singer Till Lindemann once learned the trade of furniture crafting and basket weaving - and that he nearly competed at the 1980 Olympics in Moscow on the East German swimming team. Or that the six musicians have their roots in the underground punk scene of former East Germany and have played in bands with obscure names. And that the band members are all civilized people with families and grandchildren.

Anyone who takes a close look and listen will have noticed that the whole concept of the band was - and remains - oriented on shocking and provoking the rest of the world.

No band can do that quite like Rammstein, with ice-cold, hard-as-nails beats, whipping guitar riffs and a martial stage show embellished by ongoing explosions and pyrotechnics.

Even Till Lindemann's vocals are provocative, sounding as "German" as the harsh, clipped, guttural speech with the rolling "r" we are thoroughly familiar with in film and tone documents from the Third Reich.

It's never been easy to suspect good things behind Rammstein's performances. But incidentally, Rammstein is not right-wing at all, as clearly demonstrated in the 2001 song "Links, zwo, drei, vier" (Left, Two, Three, Four). In a later interview with the newspaper "Die Welt," guitarist Richard Kruspe said they're much too clever to be rightists.

The nether regions of the mind 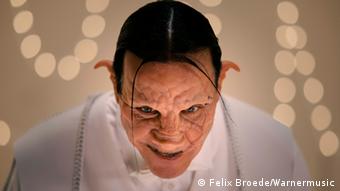 Till Lindemann's lyrics often concern psychology - specifically, the abysses of the human experience, including incest, pedophilia and necrophilia. When he sings about someone who unearths his dead wife once a year to have sex with her, that's not exactly innocuous stuff.

Sadomasochism and submission are to be found in the band's lyrics, as is the longing for death or love. Quiet tones in their repertory are rare but can be found. Fans still get goose bumps over the Rammstein classic "Seemann" (Sailor) from the band's first album "Herzeleid" (Heartache, 1995), with Lindemann's vocals almost tenderly conveying the dark, romantic lyrics. Nina Hagen and Apocalyptica covered the song in 2003.

A team from the word go

Loud or soft, shocker or ballad, the six musicians of Rammstein have stayed true to themselves in more than 20 years of band history. And they seem inseparable. Guitarist Richard Kruspe says they achieve that by talking a lot: "We certainly spend 70 percent of our time together conversing." Guitarist Paul Landers is also content, saying, "We play all over the world, we're always sold out. It's a lot of fun. I can't think of anything better."

Ready for another round of fun, Rammstein begins its world tour on June 2 in the Italian city of Monza, wrapping it all up on September 10 as the headline act at the Maximus Festival in Buenos Aires, Argentina. 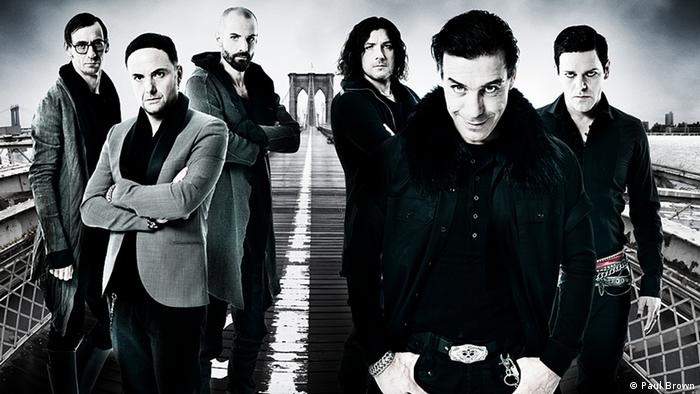 Rammstein is world famous for its provocative imagery and lyrics. Their album "Liebe ist für alle da" was indexed by German authorities in 2009. Now the band is suing the state. (05.04.2016)

'Rammstein in Amerika': 'We thought it was a dangerous country'

It's the story of six East German musicians who became international hard rock heroes after the reunification of Germany: A new documentary film chronicles Rammstein's career and how they made it big in the US. (23.09.2015)

Goth, industrial and metal fans, rejoice: Rammstein singer Till Lindemann and Swedish death metal musician Peter Tägtgren prepared a controversial debut album,"Skills in Pills." And they're ready to go to hell for it. (19.06.2015)

Arts.21 meets musicians with attitude. From Alyona Alyona to Zoe Wees and Rammstein, they’re not afraid to take a stand – be it against the war in Ukraine, social marginalization or distorted ideals of beauty.