Experts Split on Best Way to Get Cleaner Cars on Europe′s Roads | Business| Economy and finance news from a German perspective | DW | 11.12.2007

Europeans are struggling to find the best way to get high-pollutant cars off the streets. While some countries bank on cash incentives, some German car experts believe there are better ways to go. 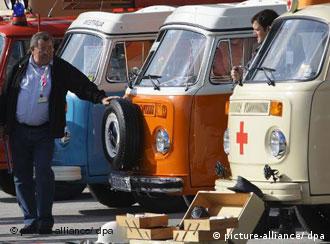 Those old cars may be cool, but many of them are also dirty

The auto industry has plenty to lose sleep over. Not only is public discourse over the new dirty word "CO2" laying on pressure for change, sales are down as well.

It's not surprising, then, that a plan recently came under discussion that would theoretically solve both environmental and economic concerns: The government would pay drivers a premium for scrapping their old, pollutant vehicles -- or at least taking them off the road -- in the hope that they put the money into a new car.

The carbon dioxide-based vehicle tax, which the German government is currently considering, would provide an incentive for the buyer to select a low-emissions vehicle. Scrapping premiums would come from the vehicle tax pot, thereby being paid for by heavy emitters. 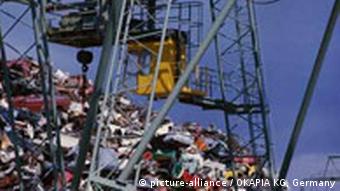 The aim of a premium is to get old cars off the road, not necessarily destroy them

"On the one hand, old cars are taken off the market and new cars, which generally have lower emissions, enter the market. Secondly, business would experience a boom, at least in the short term," said Willi Diez, director of the German Automobile Industry Institute, of the plan his organization proposed last month.

A similar, reportedly successful project in Italy serves as a model. There, consumers are paid 800 euros ($1,170) and given a two-year vehicle tax exemption when they scrap their old cars and buy new ones with emissions rates of less than 140 grams per kilometer (0.6 miles).

The incentive has gotten 500,000 old cars off Italy's streets since it started in January, according to a report by Germany's Motorzeitung.de. Diez predicted that, if a premium of 1,000 euros was introduced in Germany, it could lead to an additional 250,000 cars sold, with at least as many taken off the road.

For Ferdinand Dudenhöffer, co-founder and director of the Center of Automotive Research (CAR) at the Gelsenkirchen Technical College, the premium to scrap cars sounds like a marketing ploy.

"The car industry isn't an industry that needs subsidies," said Dudenhöffer. "There are much better ways to get customers to buy new cars."

A driver could take the premium and buy a big gas-guzzler if he or she wanted to, added Dudenhöffer, who didn't see the proposed tax-break of 50 to 100 euros for more ecologically sound cars as enough of an incentive. As for the old polluter, it's more likely to end up on the road in eastern Europe than to get scrapped, he said.

"And Russian CO2 is just like German CO2," he said. 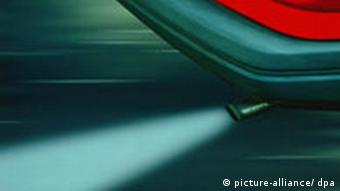 The auto expert has been an outspoken proponent of emissions trading as the best way to reduce CO2 output across Europe. That scenario would have carmakers buy certificates from an independent exchange for every vehicle they produce with a CO2 emissions rate of more than 130 grams per kilometer, and sell one back for every car under the emissions limit.

Ultimately, said Dudenhöffer, the emissions trading plan would help Europe attain the 130-gram-per vehicle average it is striving for by 2012.

By making high-emission cars more expensive than clean ones, the customer bears the financial burden.

"Environmental consciousness may be getting a bit stronger, but you have to assume that when I buy something I pay attention to my needs and not to my neighbor's," Dudenhöffer said. "That's why it's better not to leave the environmental decision to the consumer but to set prices for CO2 that allow these emission goals to be reached."

The plan's weakness, countered Diez, is that it's too difficult to come up with a basis of calculation to determine a price for the so-called emissions certificates. Emissions trading already exists in stationary industries like power plants, but he said he didn't consider it a practical option for the auto sector. 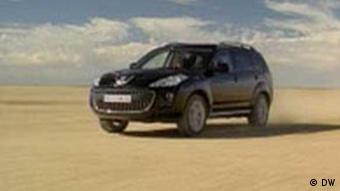 Diez conceded, however, that the scrapping premium hasn't been well received. While politicians worry about where the money will come from, carmakers fear that the temporary boom caused by it will be followed by a painful dip in sales.

Meanwhile, the German government is in the process of approving a law, to take effect in January 2009, that would adjust the annual vehicle tax according to a new car's CO2 emission rate.

While Dudenhöffer called it a "German solution to a European problem," the sliding tax plays a key role in Diez's scrapping premium. Since old cars would continue to be charged according to their cubic capacity, buyers of new low-emissions cars would benefit the most.

German auto club ADAC said it strongly supports the vehicle tax reform -- a plan it had suggested to the government already in 2004.

But there's even another, perhaps simpler way to cut emissions that doesn't involve government-initiated incentives: "Driving style shouldn't be underestimated," said an ADAC spokesman. Driving ecologically -- not accelerating quickly, shifting early and avoiding traffic -- can save 20 to 30 percent on gas, he said.

As world leaders meet in Bali to discuss a new instrument to curb greenhouse gas emissions, DW-WORLD.DE examines the effects of climate change on all seven continents.